Threat Within: Combating HIV/AIDS in India 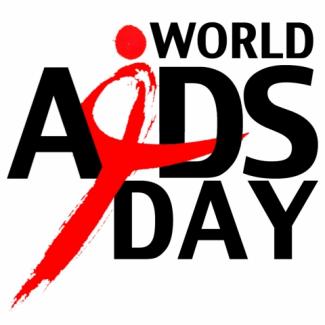 In January 2006, the World Health Organization (WHO) estimated that HIV/AIDS has killed 25 million people since it was first identified twenty-five years ago, in 1981. In India, the first case of HIV was detected in Chennai in 1986. Now, as per the UNAIDS estimate, HIV affected people in India is staggering 5.7 million. NACO (National Aids Control Organisation) has put the figure to be 5.2 million. India is second only to South Africa in terms of the overall number of people living with the disease. Although, the statistics vary with various reports, the threat within persists. This year-end, data of the national family health survey, India's first community-based survey of HIV /AIDS will probably give a clearer picture.

Millennium Development Goals (MDG-6) focuses on an unprecedented global commitment to 'combat HIV/AIDS, malaria and other diseases.' This means the fight against AIDS has been placed among the world’s highest developmental priorities, keeping in mind the suffering it causes and the threat it poses to human life. This threatening epidemic is largely concentrated in six states of India–Tamil Nadu, Karnataka, Andhra Pradesh, Maharashtra, Manipur, and Nagaland.

With an epidemic of a chronic infection that has now entered its 20th year, India is also discovering the changing phase of the epidemic: that from 'Dying of AIDS' to 'Living with AIDS'. While India keeps the struggle against this pandemic at this critical juncture, it becomes necessary to evaluate the risks involved. This epidemic continues to be concentrated in populations showing high-risk behavior characterized by unprotected sexual intercourse with multiple partners, anal sex, migration and mobility, homosexual and heterosexual relationships. Injecting drugs through a shared needle, which is quite prevalent in North East of India causes a potent factor for the spread of the disease. Besides unequal power relations and the low status of women, it weakens the ability of women to protect themselves and negotiate safer sex, thereby increasing their susceptibility.

The misconception and stigma towards people living with HIV and AIDS are widespread. It was only in 1992 that Administrative Notification from Minister of Health & Family Welfare (GOI) to all State Governments directing them to ensure non-discriminatory access to treatment and care for PLWH/As in all Central and State Government health care institutions. In May 1997, Mumbai High Court Judgment held that employers cannot base employment decisions on the HIV status of an employee. Harassment by police and ostracism by family and community drives the epidemic underground and decreases the reach and effectiveness of prevention efforts.

The government has been active in fighting out the pandemic with the establishment of NACP (National Aids Control Programme) and NACO. In a phased manner, NACP has been working to achieve the target. NACP-I emphasized on raising awareness while NACP-II focused on changing behaviors through interventions. The ongoing NACP-III includes a complex consultative process with national stakeholders. International donors like World Bank, DFID, DANIDA, SIDA, the Clinton Foundation, and the European Union are facilitating the government initiative. The inflow of funds has never been a problem with the recent announcement of the Bill and Melinda Gates Foundation approving millions of dollars to fight HIV/AIDS in India. Various NGOs are also working in close collaboration at the local, state and national levels.

The Global Health Initiative study of the World Economic Forum in mid-2005 revealed that just 7 percent of Indian companies expected HIV/AIDS to have any serious impact on their operations. After that, the corporate response to this problem, which was rather piecemeal earlier, has started gaining strength. In March 2006, the Global Business Coalition on HIV/AIDS (GBC) and the Confederation of Indian Industry (CII) jointly commenced a project engaging corporations involved in Business Process Outsourcing.

Despite the fact that there has been a regular flow of international funds with national efforts, the number of affected people is reaching all-time high. There are speculations that India might soon beat South Africa and get the number one tag in this sphere. As the prevalence of the disease increases, its impact on the country’s economic growth will worsen significantly. It seems major challenges remain in raising the overall awareness programs, expanding the participation of the community, increasing safe behavior and reducing the stigma associated with HIV-positive people among the population are thus extremely important to the fight against AIDS. Complicated social norms and conservative attitude towards sex comes in the way of the implementers to go further beyond a point. For example, prostitution and homosexuality are illegal in India, still widely prevalent. Thus to make people conscious seems to be the last resort.

Awareness has grown substantially in the past years, though the level of awareness varies widely among cities and states. It is high time that HIV/AIDS should be treated as a national emergency. It is a matter of concern that the disease has already reached a low-risk population, the foundation of the economy can be shaken. According to a UNDP report: "in the absence of an AIDS policy action, the potential economic cost of HIV epidemic could be substantial."

Nevertheless, the prevailing situation has to improve at all costs, as we all are aware of the devastating impact of an HIV/AIDS epidemic on individuals in particular and the country in general. On one hand, India has massive poverty, illiteracy, and socio-economic disparities between men and women and on the other hand, it is being the fastest growing economy in the world. With such contrasting characteristics, battling the pandemic might seem to deter. However, it shows the enormity of the problem and the possibilities for its solution. Therefore, it depends on us how we perceive this.

Author Note
Deeti Ray is a New Delhi based culture and development professional.