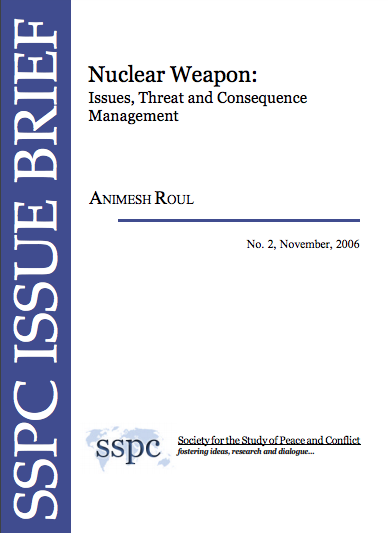 The invention of nuclear weapons, the ultimate among the three weapons of mass destruction, has given rise to completely novel conditions that have fundamentally affected the concept of war in the contemporary human history.

The nuclear bombing of Hiroshima and Nagasaki on August 1945 during World War II were the two most remarkable acts of war in recorded military history. Fortunately, there have been no uses of this deadly device after that, but thousands of nuclear testing have taken place and also many accidents due to human or technical error occurred with large scale environment and health-related effects. The so-called great and emerging powers have stockpiled thousands of nuclear weapons in their arsenals overtly and the non-state actors, primarily transnational terrorist groups may have stockpiled covertly, to unleash a catastrophic scenario hitherto witnessed or imagined. We have seen the restraint to use nuclear device against any rival nations within the state actors, but there is a remote possibility of similar restraint from a terrorist group.

Author Note
Animesh Roul is the Executive Director at the Society for the Study of Peace and Conflict, New Delhi