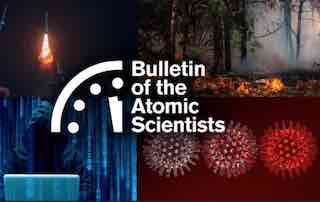 In late October, after eight months of war, the Russian government claimed that Ukraine was preparing to use a "dirty bomb" and blame it on Russia. There was never any evidence for this claim. But Russia's ambassador to the UN, Vassily Nbenzia, nevertheless sent a letter (reproduced below) demanding that the Security Council hold a meeting to discuss the "dirty bomb" issue.

Russia's claims have been widely dismissed. Nevertheless, Russian spokesmen are continuing to press the narrative.  (See, for example, the November 8 statement from Anatoliy Antonov, Russia's ambassador to the United States, which slurs together with the dirty bomb theme a variety of other false claims about Ukraine.) It seems worthwhile, therefore, to debunk Russia's claims in detail.