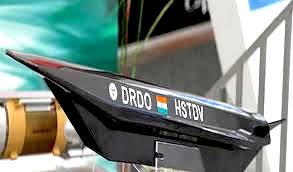 India successfully tested an indigenously-developed hypersonic technology demonstrator vehicle (HSTDV) powered by a scramjet (supersonic-combustion ramjet) engine on September 07, 2020. This test is an essential step towards building next-generation hypersonic cruise missiles. The Defence Research and Development Organisation (DRDO)  achieved a significant technological achievement when it flew a cruise vehicle at a hypersonic speed of Mach 6, for 20 seconds.

Very few states have mastered hypersonic weapons technology in the world, including the US, Russia and China. These systems are known to travel at speed five times (Mach 5) or more than the speed of sound.  The efforts have been to develop a system capable of flying at the speeds in the range between Mach 5.0 to Mach 10.0 (6,150-12,300 km/h). Hypersonic weapons, by definition, travel five or more times the speed of sound. Scramjet powered Hypersonic cruise missiles are restricted below 30 km while the hypersonic glide vehicles can travel in higher.

A scramjet ensures that the airflow through the engine remains minimum at the supersonic speeds. At the global level, the present technology development efforts indicate that the Scramjet powered vehicles could to operate at speeds up to at least Mach 15. For air-breathing scramjet engine, air from the atmosphere is bumped into the engine’s combustion chamber at speed more than the speed of sound, and it mixes with the fuel to ignite supersonic combustion. All this takes the cruiser’s flight to a hypersonic speed of Mach six to seven.

The DRDO conducted the maiden test of HSTDV on June 12, 2019. However, this test was considered a failure. DRDO was persistent enough in its learning to actualise and validate a part of their technology. It has been working on hypersonic technology for almost a decade now. Alongside the BrahMos Aerospace (a joint venture with Russian Federation’s NPO Mashinostroyeniya), DRDO is actively involved in hypersonic research and development. BrahMos Aerospace is known to be developing the BrahMos-II which is a hypersonic cruise missile, and the first test of this missile (expected range: 500 to 600 km) could be made feasible in the next few months. The plan is to make this missile operational by 2025. It may be noted that DRDO has already developed (2011) a missile called Shaurya which is a canister launched the hypersonic surface-to-surface tactical missile (Mach 7.5). It has a range of 700 km and is capable of carrying a payload of one ton conventional or nuclear warhead.

One of the main challenges for Scramjet is to ensure that the fuel gets ignited in milliseconds, quite evidently, the critical aspects involve the scramjet engine and its ignition. There is a requirement to ensure that the drag is at its minimum while the maximum energy generation takes place. This entire project is complicated. DRDO was required to develop new material which would ensure that no damage happens to the system owing to high temperatures. During the flight, the vehicle reaches a certain altitude, then cruises and also encounter very high temperatures, ranging between 1,000 to 2,000 degrees Celsius, during the re-entry phase into the earth’s atmosphere. It is expected that by the time the entire hypersonic vehicle development and testing are complete, development of some critical technologies and materials would come into the fore.

The recent test’s success can be attributed  to the perfect functioning of the scramjet engine. The Scramjet engine’s combustion chamber received the air from the atmosphere, which subsequently got mixed with the atomised fuel. After this, the fuel was ignited, and the scramjet engine accelerated into action. The HSTDV flew for around 20 seconds at a Mach 6(about 2 km per second) clocking a distance of 40 km. The unit had fallen in the Bay of Bengal as decided. The test has been carried out by using hydrocarbon fuel which is aerodynamically suitable and known to enhance performance. The entire launch sequence was continuously monitored by several tracking radars and electro-optical systems, including a ship-based monitoring system.

DRDO’s successful demonstration has helped in validating various critical technologies such as the aerodynamic configuration of hypersonic manoeuvres, usage of scramjet propulsion for ignition and sustained combustion at hypersonic flow. Thermo-structural characterisation of high-temperature materials and separation mechanism at hypersonic velocities have also been authenticated.

It is important to note that this is a success at the subsystem level. Scramjet success is very crucial to the development of the usable vehicle. The next phase includes the development of long-range hypersonic cruise missile. This could take a few more years. What is imperative at this stage is to achieve sustained scramjet-powered hypersonic flight for a few minutes.  DRDO has plans for longer duration flights, and they have already started working towards this. Subsequently, the efforts would be in the direction of development of re-usable nuclear/conventional weapons delivery platforms.

Hypersonic missiles can carry large payloads with high precision. These missiles are incredibly manoeuvrable and do not follow any predictable arc during the travel. This is a unique system which is known to travel with very high speeds like the ballistic missiles, but have the manoeuvring capabilities of that of cruise missiles. Since the missile travels with hypersonic speed, it is not possible to track them with any radar or other tracking systems. Notably, the launch and travel of hypersonic cruise missiles are tough to notice since they travel reasonably close to the earth’s surface and would go easily unnoticed by anti-missile systems.

It is expected that the hypersonic missiles, particularly in the arsenal of the Indian Navy would increase India’s deterrence potential significantly. However, all of this would take almost a decade. Today, states like China, Russia and the US are much ahead of India in the arena of hypersonic missiles. DRDO must expedite their research and development in the said field for this technology to fructify as a real gamechanger.