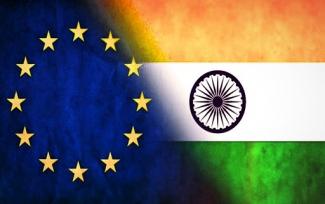 Indian Prime Minister Narendra Modi, on a three day trip to Europe from 2 to May 4 2022, met leaders from Germany, Denmark and France and participated in the Second Nordic Summit (the First Summit was held in 2018 in Stockholm). The visit comes when the global leaderships are trying individually and collectively to find solutions to the war in Ukraine, existent and threatening issues like climate change, increased protectionism, a further rise of religious fundamentalism, widespread economic distress, and pandemic impacts. India, on its part, has been trying to fathom global issues of concern, respond to challenges, look for economic opportunities and establish its credentials as a formidable leader on the world stage. Prime Minister Modi's visits to multiple capitals, strengthening bilateral relations, dealing with both sub-continental Nordic countries and larger continental Europe and most importantly, projecting India's growing stature and building relationships at bilateral and multilateral levels connote India's evolving yet visible strategic intents.

India's engagement with the larger world in the last few years denotes varied developments. In the first NDA tenure from 2014 to 2019, Prime Minister Modi made 92 trips to 57 countries. By May 2022, Modi's foreign visits totalled 119 visits to 63 countries, including the latest three-nation visit to Europe. Subjective analytics of trips made by Modi to different destinations and their cumulative ideational and value-laden implications appear to have far outweighed the criticisms made by the opposition parties from time to time. A more objective-led assessment would suggest three underlined strategic intents: a) India's carefully crafted global outreach in search of its location in world affairs; b) conscious efforts toward establishing its leadership position in southern Asia; and c) vigorously advancing economic and trade interests. A year or less into the second Modi term, India was confronted with a dual challenge of resisting military aggression from China in the Line of Actual Control in the long Himalayan regions as well as facing multiple challenges arising out of a pandemic that has affected all countries. Both challenges remain dominant, while a third in the form of the recent ongoing war in Ukraine has posed multiple challenges for Indian leadership.

Given the Indian domestic situation that entailed growing challenges across fields spanning from health and family welfare to the national economy, Indian leadership has strived to build more national resilience and crawl amid all difficulties. External situations also entailed constant and vigilant India Indian actions in and around the neighbourhood region and necessitated an active role beyond South Asia. Consider these: a) India's active role in different crises like in Sri Lanka, food security or medical assistance has been pursued with pragmatism; b) its active role has been  sought by major powers for the diffusion of the situation in Ukraine; c) its evolving role in bilateral and multilateral relations are becoming more and more intense; d) its relations with select countries like UAE, Australia and a few others connote varying degrees of strategic nuances; e) its vociferous avowal on neutrality on conflict situations and articulation of its voice at the high table are getting more apparent day by day; f) its abilities to withstand military threats from bigger power like China shows its resilient hard power and political determination; and last but not least, g) it's overall at shredding the image shibboleth – moving away from an ideological prison to embrace and be a part of hard power dynamic – all taken together and coupled with domestic strengths do suggest a new India. In this larger landscape, Europe's location in Indian strategic calculus must be examined.

Europe's individual and cumulative positions on India portray a mixed picture. In terms of bilateral economic engagements, countries like France and Germany score over others, although the full potential of India-EU business relations is yet to realize their full potential. In terms of markets, although India offers a sizeable scope vis-à-vis China, it has not fully been factored into as an ideal business destination by the European countries. However, some of the established European companies have had a presence in India for several decades. On global issues of concern, Europe and India do not appear to be on the same page again. Differences of opinion on the recent war in Ukraine serve as a case in point – while European countries are more worried about Russian aggressive behaviour and have initiated punitive sanctions, India's stance has actually puzzled many countries in Europe. Ideational as well as ideological considerations have been considered major factors in India-Europe relations for most of the last half-century. India's relations with select European countries like France or Germany in the fields of defence, aerospace and industrial collaborations have been robust, while an intense continental level relationship appears missing. Modi's visit has set the goals for a broader engagement with the EU in general and specific countries in particular.

Modi's intensely packed visit to Europe entails the following: a) deeper engagements with major powers like Germany and France; b) finding newer ways to deepen partnerships with Nordic countries; c) conveying the Indian position on critical international issues, including the war in Ukraine, climate change and green energy; and last but not least, d) wooing European investors as well as Indian diaspora contributions. Beneath the surface, however, pragmatic and business relations remained the core of India's interests. As India has been inviting financial and technological giants to select Indian manufacturing sectors (like defence, aerospace, high technology, cyber security, alternate energy, etc.), participation from European companies could take the India-Europe relations to newer heights in the future. India could benefit much from the participation of Nordic industries in India's marine and allied industries, including advanced food processing industries. It could similarly benefit much from engagement with Germany and French, and other major countries (in addition to heavy engineering, defence and aerospace) in alternate energy technologies, cyber and space technologies, biotechnology, pharmaceuticals and IT-enabled services.

Trust, mutual benefits and intense complementarities define the degree of any bilateral or multilateral relations. India's attempts at wooing select countries, sub-regions and continental Europe in a multi-layered framework connote one primary intent. If the meeting of minds is overtly ambivalent, sub-surface complementarities can dilute divergences to a large extent. It is the latter that symbolizes Modi's visit to Europe.