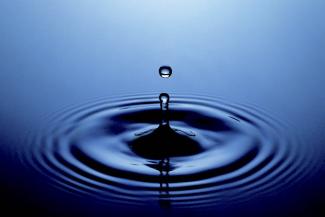 The rising threat from unpredictable and excessive rainfall, exacerbated by climate change, has warranted a conceptual debate for robust policy formulation. The urgency has never been felt more than now as we witness devastating incidents like dam breach in Laos, the State Deluge in Kerala (India) and frequent marooning of cities, including ‘smart cities’ in India, during monsoon. It has now become a common scenario across megacities and towns when torrential rains play havoc with daily lives of people leading to deaths and destruction of properties. While the urban centres are submerged by too much water in wet season, acute shortage of water in dry season threatens the governance system as the rural areas are perpetually parched. An Odiya (India) proverb aptly states, “Jala Bihune Srusti Nasha, Jala Bahule Srustri Nasha” (Too much or too little water destroys God's creation or the existence of life of earth). In addition, ‘too dirty’ water, in an urban context, threatens human habitation as well.

Water-related disasters pose both direct impacts (damage to buildings, crops and infrastructure, and loss of life and property) and indirect impacts (losses in productivity and livelihoods, increased investment risk, indebtedness and human health impacts). In July, nearly 16,000 people were affected when a wall at the Xe-Pian Xe-Namnoy dam collapsed after heavy monsoon rains. Millions of gallons of water rushed to neighbouring Cambodia through southernmost Attapeu province of the Lao PDR. Nearly 39 people were killed, 6,000 people lost their homes. The dam construction company, which warned the Government and began evacuating villages only a day before to avert disaster, has blamed the collapse on heavy rains. On the other hand, the State Deluge in Kerala claimed 191 lives, forced 928,000 people into shelters at 3,700 camps. According to the State disaster management agency, Kerala received 164 percent more than normal rainfall in the first 19 days of August. The floods have caused damage worth $2.8 billion so far in the southernmost state of India. Bhubaneswar, one of the smart cities of India, too faced the furry of monsoon in July this year.

While the wall of the dam collapsed due to heavy rain in Laos, dam gates were opened in Kerala to release excess water from rainfall to save the dam. What we have learned from these two cases is that the state and its machineries have failed to protect precious lives from threats arising from water-related disasters. By 2050, rising population in flood prone lands, climate change, deforestation, loss of wetlands and rising sea levels are expected to increase the number of people vulnerable to flood disaster to 2 billion. Asia is most vulnerable to water-related disasters, accounting for more than 45 percent of fatalities. Water security is not merely securing the availability of water for all but to secure all from the menace of water: too little (shortage) and too much (excess). Thus, consequential threats from incessant rain due to climate change compels that water be reassessed in terms of water security. There is an urgent need to put it in high governance agenda in both urban and hinterland contexts.

Most of the cities and emerging towns in India and elsewhere are vulnerable to climate change. According to geo-climatic positions of the urban centres, the degree of vulnerability changes frequently. Urban flooding in India has been a significant phenomenon recently which affects large number of people, thereby bringing high mortality, exposure to infection, loss of livelihood and property. As many claim that urban centres are ‘engine of growth’, thus, water is the fuel. But, in the last half decade these growth centres have been clogged during wet period for days and weeks. To address the fault lines, re-planning and re-engineering solutions are re-introduced irrespective of whether a city is planned or not, to ensure the protection of water infrastructures and unhindered access to water for the city. Neither the existing water infrastructure nor the ‘new’ technological solutions provided by hydrologists are put accountable for the urban flooding or loss of lives.

Water security in urban context, as urban water security, has been confined to protecting the water infrastructure and access to water only, which is essentially, of supply and demand dimensions. Water bureaucrats often and deliberately evade considering the problems at sources of water and its equity with the hinterland. In a narrow sense, urban centres are concerned only about zero disruption of the 24x7 supply of water. They should rather be focused on the source of water and its depending surroundings far away from their sights. Take the example of Sustainable Water Security Mission (SWSM) in Chennai which aims to meet the future demand of Chennai City through restoring and rejuvenating water bodies in and around Chennai; expanding and strengthening rain water harvesting across the city and promoting recycling and reuse of waste water. The Chennai SWSM is meant for making the city drought proof, not flood proof! The city must be aimed at climate proofing.

This brings us to the question of what would be the advantage of expanding the concept of water security in the present context?

The increasing economic cost and toll of water related mortality in and around urban and hinterland areas should provoke governments to focus more attention on prevention and addressing the root causes of vulnerability. Don’t rush to imported technological intervention while obstructing the natural drainage system by approving unmindful land use change. Natural water retaining capacity of urban and hinterlands has already been truncated, mere saving wetland won’t suffice. Comprehensive management of urban flooding has to be carefully studied and strictly followed by making it mandatorily a top government priority. It must not be construed that providing water security as the sole responsibility of state. It anchors in a multilayer, multi-sectoral and multi-stakeholder approach.

Effective Management and maintenance of catchment area and the command area is required proper and appropriate integrated planning. Bhubaneswar and other cities which have already witnessed monsoon fury must go back to its flood plain zoning to address the urban flooding. In fact, India has a robust floodplain zoning plan since 1985 but as a mere draft stage.

The decision to build storage dam or hydroelectric dam or any technological intervention in urban or hinterland contexts must be assessed under the lens of water security to minimise threats arising from excess rainfall due to climate change. To refine further the concept of water security in both urban and hinterland contexts in the light of climate change, in-depth understanding and research should be pursued to define broad linkages of human interactions with natural ecosystems.

Author Note
Dr. Avilash Roul, Indo-German Center For Sustainability (IGCS), teaches at IIT Madras. He is also a Senior Fellow at the Society for the Peace and Conflict Studies (SSPC), New Delhi.