Self-reliance in defence: Reforms are welcome, but let’s wait for fine print 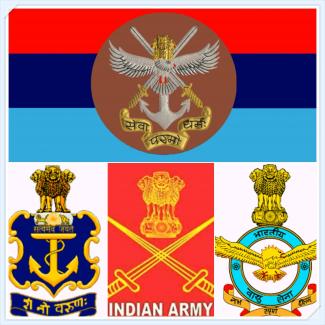 "It may be a sheer coincidence that such major reforms have been announced during pandemic times. But such efforts by the state actually transcend regimes, boundaries, difficulties or even emergency situations."

A comprehensive economic package, along with key policy reforms, to not only fight the coronavirus pandemic but also to boost national efforts toward self-reliance was announced in a phased manner by Finance Minister Nirmala Sitharaman recently. On May 16, 2020, in the last phase of announcements, she outlined major initiatives and reforms to be undertaken in the defence production sector with an eye on making it reasonably self-reliant in coming times.

The announcements include a) raising the FDI limit from 49 to 74 per cent in defence manufacturing through automatic routes; b) introduction of the time-bound defence procurement process and faster decision making; c) reduction of import bill of weapons systems and services through indigenisation; d) separate budgetary allocations for defence capital purchases; and e) corporatisation of Ordnance Factory Board to make it more autonomous, accountable and efficient.

Further finer points of the above announcements include a notification (to be announced soon) of a list of weapons systems and platforms, which would not be imported in future, indigenisation of imported spares, judicious monetisation of military assets that could be considered either irrelevant or superfluous, setting up of a Project Management Unit (PMU) to support contract management, a realistic setting of General Staff Qualitative Requirements (GSQR), overhauling Trial and Testing procedures, among others.

Quest for self-reliance in defence

India’s quest for self-reliance in defence continues till today and certainly going to continue further in future. It started with long debates by the luminaries in the Constituent Assembly, where the objective of ‘self-sufficiency’ in the defence sector was adopted by the members. The objective was pursued, for right or wrong reasons, through a state-owned mechanism, whereby private manufacturers (like Walchand Hirachand, which later became HAL) were bought over by the government and new entities were created to cater to the needs of Indian forces. Self-sufficiency was largely pursued through licensed production activities that brought home no technologies but ended up making the Defence Public Sector Units (DPSUs) more dependent on foreign suppliers (through licence production agreements). During all these decades, the private sector was kept at a wide distance, which was once upon a time a major supplier (like the Tata-Komatsu JV), and was reduced to a tiered sub-contractor. Even though formidable private suppliers like L&T or Godrej supply critical components and sub-systems to high-tech platforms, the private sector is by and large seen with suspicion and quite at a distance from a reasonable level -playing field.

The concept of ‘self-reliance’ in defence started sometime in the early 1990s, as a corollary of national economic reforms commencing from 1991 onward, which roughly denoted an attempt to produce military systems through indigenous means – an improvement from ‘self-sufficiency’ model. Although ‘self-reliance’ has not been defined thus far, the term is used frequently; an attempt is made here to define it as the ‘abilities of a state to independently design, develop and manufacture military-grade equipment and services, preferably through indigenous means’.

India finally decided to open up its defence sector for private participation in 2002. Since then, more than a dozen committees (excluding previous ones like GoM Report on National Security Management) have placed their recommendations, the defence procurement procedures (DPP) has been revised 11 times, more than a dozen reform initiatives like offsets have been undertaken. Many of these recommendations were either not implemented or implemented with modifications, traditional mindsets still continued to prevail with limited results.

The Modi government has attempted to do away with quite a few of these shibboleths ever since it came to power in 2014. It would not be wrong to assume that much of the changes that are visible or announced in the last three odd years including the ones announced by Sitharaman, bear the imprint of major recommendations made by Sekhatkar Committee (late Manohar Parrikar had constituted this committee, which was headed by Lt Gen DB Shekhatkar and who submitted the report in December in 2016).  The latest set of reforms in the defence sector is a statement of intent by the Indian state.

A statement of intent

Intents and their declarations are greeted with applause by the stakeholders every time they are announced. The same happened in the case of FDI in the defence sector, which was 26 per cent from 2002 to 2009, increased to 49 per cent and further expanded to allow automatic route in 2016 and is now 74 per cent. It is a welcome move, but as a realist, my assumptions would still be ‘cautiously optimistic’ – not uttering ‘wow’ but wait and read the fine print. Timelines are clearly defined in DPP for each stage of the procurement process, so one would like to see the fine prints on the same again.

At least two out of five categories of producers – ‘Make’ and ‘Indigenously Designed, Developed and Manufactured’ (IDDM) – are directly related to the larger objectives of self-reliance. One would like to see the fine prints again on the announcements on the same.

The same would apply on the announced corporatisation of OFB as well. If the capital budget is demarcated between ‘buy global’ and the ‘rest of the categories’ and allocates funds for indigenous products in clear terms, it is a welcome step. But for this, the stakeholders need to know what and what not to produce.

It may be a sheer coincidence that such major reforms have been announced during pandemic times. But such efforts by the state actually transcend regimes, boundaries, difficulties or even emergency situations. One only hopes that such intents do not fall victims to structural and mindset complexities.

Published with Author's permission. Originally appeared in Money Control, May 18, 2020