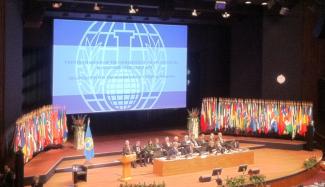 The incident of poisoning of Sergei Skripal, a former Russian military intelligence official, and his daughter on March 4, 2018, in Salisbury, (United Kingdom) allegedly by the Russians have caught the attention of the world. Two months after the notorious incident, on May 18 Russian President Vladimir Putin said that ‘Sergei Skripal would be dead if military grade toxin was used’. With this remark, Putin pushed the investigations of the alleged use of nerve agent ‘Novichoks’ against Sergei Viktorovich Skripal and his daughter Yulia Skripal into complete disarray. Now both Putin and Moscow have denied any involvement whatsoever in Skripals’ poisoning. More so, Moscow has denied conducting any past research on nerve agent or developing the so-called Novichoks in Russian military arsenals. One of the officers identified as detective Nick Bailey who had inspected their house and the crime scenes in Salisbury was admitted with similar symptoms after exposure to the agent used against Skripals’. The daughter Yulia Skripal was discharged from Hospital in April and her father was discharged in mid-May 2018.[1]

In the 1990s, Skripal was an officer of Russia’s Main Intelligence Directorate (GRU) and worked as a double agent for the British intelligence agency MI until his arrest in December 2004 in Moscow. In 2006, he was convicted of treason and sentenced to 13 years in a penal colony by a Russian court. He settled in the UK in 2010 following a spy swap program. His daughter Yulia is a Russian citizen and was visiting her father from Moscow at the time of the incident.

After initial investigations and laboratory examinations, the chemical used in Skripals’ poisoning has been traced to Russian chemical weapons research and the used chemical substance was identified as a military grade nerve agent code-named Novichoks, by experts at the Defence Science and Technology Laboratory (DSTL), Porton Down, UK. However, the experts at DSTL are unable to pinpoint the source of the Novichoks though needle of suspicions is squarely on Russia because the chemical agent in question was part of a group of chemical agents originally developed by Russia in the 1980s and stockpiled in the past for possible tactical use, such as State-sponsored assassinations.

After the flurry of accusations pointed towards Russian involvement in Skripals’ murder attempt and the blame for developing and keeping secretly banned chemical weapons, Russia clarified that all Soviet-era activities on chemical weapons were discontinued and dismantled in the early 1990s and every stockpile was destroyed in 2017. The Russian foreign ministry too has claimed that neither Russia nor the former USSR ever conducted research to develop chemical weapons under the name or codename Novichok.

On earlier occasions, Putin’s spokesman Dmitry Peskov termed all these brouhahas over the Skripals’ poisoning as ‘mad accusations’ without any substance against Russia. Despite Russia’s repeated denial, accusations and public spat between Russia and the UK increased manifold when other countries like France, Germany and the US backed the UK’s assessment about possible Russian involvement. It triggered, in fact, a diplomatic crisis when over 20 countries showed their support for the UK against Russia’s suspicious action. The UK and other western countries have expelled several Russian diplomats (suspected to be the spy or engaged in espionage) over the Novichok incident and that led to the expulsion of British diplomats from Russian soil.

The name Novichoks itself signifies newcomer or newbie in Russian. These are known as third or fourth generation chemical weapons, which were reportedly developed under a (erstwhile) Soviet programme codenamed ‘Foliant’. Though much of the development process and stockpiling is shrouded in mystery, its existence was revealed in the Russian media by the Russian scientists Vil S. Mirzayanov and Lev Fedorov in the early 1990s. Both had written an article for Moscow News titled “A Poisoned Policy.”[2] The article laid bare the secret chemical research and development in Soviet and how the government-backed programme was poisoning its own citizens. The authors raised questions over environmental safety standards for Russia’s chemical weapon production and testing sites as well. Mirzayanov who worked at the Research Institute of Organic Chemistry and Technology, a secret Russian facility in Moscow, was subsequently jailed for divulging state secrets and later moved to the US.

Mirzayanov was part of the team which developed the Novichok group of chemical weapons. According to him, the Novichok class of weapon is more than 10 times as powerful as the nerve agent VX. He pointed out two Soviet-era facilities where Novichok research and testing were undertaken: the Chemical Research Institute, located in Nukus, Uzbekistan and Krasnoarmeysk testing site near Moscow. According to him, the Novichoks testing had demonstrated effectiveness as a military weapon in both unitary and binary forms.

Mirzayanov, who authored a book titled ‘State Secrets’ (2009) dealing with the secret chemical weapon research and development of Russia, blamed the Russian State authorities for the foiled assassination attempt on Skripals and believed that the agent used is too complicated for Non-State Actors (NSAs) to possess. But he may not be entirely right as past events have suggested that these weaponised CW agents can reach NSAs through various covert ways. In March 2018, the Russian newspaper Novaya Gazeta, often critical of the Government, published a report on Novichok group of chemical weapons research and development that stated how it reached Russian gangsters through the black market in the early 1990s.[3] It cited documents relating to criminal case No. 238709 on the poisoning and death of Rosbiznes bank chief Ivan Kivelidi and his secretary Zara Ismailova. The report also detailed how the Novichok exposure created health problems for Kivelidi’s staffs and police officials.[4]

The chemical weapons watchdog Organisation for the Prohibition of Chemical Weapons’s (OPCW) Technical Assistance team that visited the poisoning sites in Salisbury confirmed the use of Novichok and concluded that the chemical substance found was of ‘high purity, persistent and resistant to weather conditions’. However, the OPCW team could not determine the amount of the nerve agent that was used against the father-daughter duo in March 2018.

Russia, which is quite famous for state secrecy and equally notorious for prosecutions of whistleblowers, remains in denial concerning Skripals’ assassination attempt in the UK. Without giving any substantial evidence of its innocence, Russia resorted to various conspiracy theories and blame game on this case. And importantly, it vehemently disowns any development of CW during the Soviet era. The timing of Novichok development and secret stockpiling in the early 1990s in Russia coincided with international arms control verification efforts, especially in the sphere of chemical weapons. International experts are now questioning Russia’s intention behind developing Novichoks in the first place that included evading international verification regimes such as the Chemical Weapon’s Convention (CWC) and the implementing agency OPCW’s vigil.

The Skripals’s poisoning, the assassination of North Korean leader Kim Jong Un’s half-brother Kim Jong-nam in Malaysia with the nerve agent VX in February 2017 and widespread use of chemical weapons in Syrian civil wars for past several years, put a question mark against the efficacy of one of the successful arms control regime i.e. CWC. The fourth CWC review conference is around the corner and scheduled to be held in November 2018 in the Hague. With its almost universal memberships, the Treaty regime has now few options to remain credible. The most important should be getting conclusive findings on the allegations. Again, the OPCW has to find out the treaty violators whether it is Syria, North Korea or Russia and to make them accountable. Failing to rein in the perpetrators either by consultations or confrontations, CWC and OPCW would be ineffective in the face of an increasingly hostile geopolitical environment raising the specter of chemical weapons use by both State and Non-State actors.

[The article was originally published in CBW Magazine (IDSA), January-June 2018.]