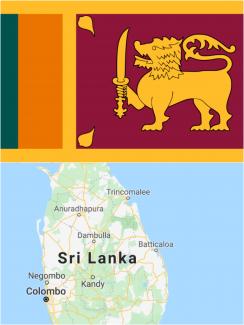 As Sri Lanka is gearing towards the eighth presidential elections on November 16, national security, foreign policy and foreign investments in infrastructure projects and minority issues are once again dominating the political discourse in the country. Although a record 35 candidates have registered for this election, the electoral debate has been mostly dominated by the UNP candidate, Sajith Premadasa, and SLPP candidate, Gotabaya Rajapaksa (GR). The JVP and the NPM could be closer to these two parties. Other candidates are allegedly participating as proxy or dummy candidates fielded by the SLPP to share the vote percentage of UNP candidates.

Table 1: Strength and weakness of the political parties

The table reflects that there will be a strong contest between the UNP and the SLPP in this election. However, Sajith will have the upper hand against GR because the former has strong grassroots support and is a good orator. Being a seasonal politician, who comes from a political family, he is generally considered as a better candidate than GR and others. Unlike GR, there are no serious allegations or corruption charges against Sajith. Since both Sajith and GR are from Sinhala community and have almost flagged similar issues in their election manifestos, Sinhala vote could be equally divided between them. In that case, minority groups’ support to anyone of them in the elections would be crucial. Most importantly, the minority groups like Tamils and Muslims feel comfortable with the UNP than the SLPP due to GR’s association with radical Buddhist groups like Bodu Bala Sena (BBS). But GR could get slightly more votes given the global trend in favor of nationalists, and minority consolidation in favor of Sajith could put him as a net vote gainer.

Although the SLPP scored well in the local elections in 2018, voting patterns will be different this time around due to issues raised in the manifestos and personality of the candidates. Most importantly, the Sri Lanka Freedom Party (SLFP) was not divided in 2018. Just before this election, the SLFP has witnessed some serious intra-party divisions due to Chandrika Bandaranaike Kumaratunga’s open support to the UNP candidate. Around 20-25 percent SLFP party cadres and leaders are supporting Kumaratunga on this.

According to the 2012 census, there were 2,270,924 Sri Lankan Tamils in Sri Lanka. That is 11.2 percent of the total population. Sri Lankan Tamils constitute an overwhelming majority in the Northern Province and are the largest ethnic group in the Eastern Province. They are in minority in other provinces.

As mentioned earlier, the issues flagged in the manifestos of UNP and SLPP are almost similar. Both parties have given priority to national security. The difference is that while GR manifesto starts with national security, Sajith has emphasized on human development and strengthening social infrastructure. Both the manifestos have strongly expressed zero tolerance towards religious extremism, terrorism, corruption, and drug trafficking. Interestingly, while the SLPP gives second priority to foreign policy, the UNP has not discussed that in detail. In that case, the UNP manifesto appears more inward-oriented and perhaps indicates a continuation of the current foreign policy.  Surprisingly though, both the parties are silent on Tamil demands. However, the UNP manifesto indirectly covers some of the social and economic demands of the Tamils. On the other hand, the SLPP has remained ambiguous about making an inclusive constitution by accommodating minority rights.

While minorities in the country feel that it is the most appropriate time to bring their concerns to the notice of the political parties, the latter have attempted to appease the minorities only for electoral support. Both Muslim and Tamil communities are anxiously monitoring the political developments in the island country, including keeping a close watch on Gotabaya Rajapaksadue to his association with the Bodu Bala Sena (BBS).

Gotabaya on his part has tried to reach out to the two out of the three major minority groups. In his first electoral camping in Jaffna on October 28, GR appealed to have faith in him for a better future. He promised to rehabilitate more than 250 former LTTE cadres and reintegrate them into society if he is voted to power. He, in fact, claimed that 13,000 former LTTE cadres were successfully rehabilitated and a large scale development was carried out in the North by 2015 during his brother Mahinda Rajapaksa’s rule.  GR also stated that his manifesto has outlined the steps that would be taken to resolve the problems of the Northern people. He pledged to strengthen the predominant fisheries sector by providing fishermen with boats and assisting them with the latest technology. The SLPP candidate drew special emphasis on empowering the youth, especially through education, promising that he would provide university-level education for all those who have passed the GCE Advanced Level examination.

Earlier, on October 15 a group of Tamil political parties signed a memorandum highlighting the key demands of the Tamils. The memorandum was prepared by Tamil university students of the Jaffna and Eastern universities after talks with the Tamil political parties. Illangai Thamil Arasu Katchi (ITAK), People's Liberation Organisation of Tamil Eelam (PLOTE), Eelam People's Revolutionary Liberation Front (EPRLF), Tamil People's Council (TPC) and Tamil Eelam Liberation Organization (TELO) signed the memorandum. It contains 13 demands, including a demand for a political solution and abolishing the Prevention of Terrorism Act (PTA). The memorandum was presented to the two main presidential candidates.

Interestingly, responding to the memorandum, SLPP leader Weerawansa said that the Tamil parties are attempting to merge the North and East and push for self-determination. "Our Presidential candidate will not even look at the conditions in the memorandum.” There are visible contradictions in the internal views of SLPP on the Tamil issues and GR’s statements at the Jaffna public rally.

The SLPP, in fact, tried to consolidate the Sinhala vote by accusing Sajith of supporting Tamil cause. The accusation came when the ITAK declared its support to the NDF presidential candidate Sajith Premadasa on November 4.

Despite SLPP’s contradictory views on the demands, the party could manage to seek support of some Tamil groups. In the northern Sri Lanaks, the Eelam People's Democratic Party (EPDP) led by Douglas Devananda and the Eelam People's Revolutionary Liberation Front (EPRLF) headed by Varadaraja Perumal will support GR. Similarly, in the eastern and central Sri Lanka, the Tamil Makkal Viduthalai Pulikal (TMVP) led by Karuna and Ceylon Workers’ Congress party could extend support to GR.

In central Sri Lanka, Up Country Tamils will play a crucial role. Historically, this community migrated from India and worked in the plantations. Earlier, they were associated with the Ceylon Workers Congress party.  Since the Up Country People’s Front has joined the 50-party Democratic Nationalist Front (DNF), which will support the UNP candidate, Up Country Tamils will vote for Sajith, but provided they go for voting.

The Muslim population of Sri Lanka is roughly 9.7 percent of the total population. They are the third-largest group in the country and mostly concentrated in the north-eastern part. Traditionally, the Muslim community has supported the SLPP. However, the scenario has changed in the post-Easter Church attacks period. Sinhala nationalists led by monks, who generally sympathize with the SLPP, consider Muslims as anti-nationals. Immediately after the ghastly incident in April this year, Buddhist monks targeted the Muslims. Rajapaksa brothers were accused in the past of instigating attacks on Muslims. As a result, the All Ceylon Makkal Congress (ACMC) and Sri Lanka Muslim party, headed by Minister Rishad Bathiudeen, have openly supported UNP candidate Sajith Premadasa. The Muslims feel that if GR returns to power they will be harassed through all means. In 2015, both Tamils and Muslims supported the then-presidential candidate and sitting President, Maithripala Sirisena.

Sensing poor support from the third-largest group, GR has assured Muslims in the country and has stated that their businesses will be given full security under his government. Despite all this, the petrified Muslim community perhaps could feel more comfortable and expect peace under Sajith’s leadership.

Like other minority groups, the Muslim community in Sri Lanka is not monolithic. A small Muslim party called the National Muslim Collective (NMC), led by Ali Sabry PC, expressed its support to the SLPP. Speaking at the event titled ‘The Turning Point’ organised by the NMC in Colombo, Ali said, “The UNP or the West would never look after Muslims and that the Sri Lankan Muslims expected stability, national security, communal harmony, progress and prosperity in the country.”

As stated above, the Sri Lankan minorities are not monolithic. Therefore, they may not vote in support of one political party. The intra-community differences could be due to personality, ideological and social factors. Those small minority groups who have gone against their community sentiments could be due to political and opportunistic factors. Given the Tamils’ fresh 13-point demands and Muslim sentiments against the SLPP in general and Rajapksa brothers in particular, the UNP could be the beneficiary for the time being. While the Sinhala votes will be divided between the two large political parties, a consolidated minority will certainly vote for the candidate whom they consider will restore peace and stability. In this scenario, the SLPP could try to seek more Sinhala votes by linking UNP’s open support to the 13-point demands of the Tamil parties and divide the minorities by offering incentives.

Whoever wins the elections should not ignore the long pending demands of the Tamils and insecurity amongst the Muslims. If the winning party fails to accommodate the moderate Tamil groups’ demands, then the dormant radical Tamil groups with the support of the diaspora could take to violent lines. The recent arrests of some LTTE sympathizers in Malaysia and again in Sri Lanka indicate that some radical cadres must be supporting the early revival of the outfit since the moderate views are mostly unheard by Colombo. However, the ground reality is that a large number of ex-LTTE sympathizers and ordinary Tamils want a special rehabilitation package to live peacefully. Any blanket suspicion towards the intentions of the Tamils, as mostly seen among the SLPP and some Buddhist groups, could widen the trust deficit further between the Tamils and Colombo.

This article is part of the "South Asia Conflict Monitor", November 2019.