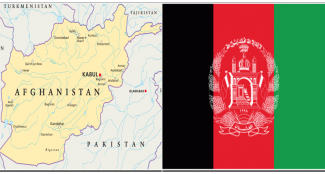 On September 07 (2019) American President Donald Trump unilaterally announced withdrawal from the peace talks with the Taliban. This abruptly brought an end to the first-ever formal peace talks between the US and Taliban, which were going on for more than a year. However, the talks were taking place along with intense violence perpetrated by the Taliban forces although militant groups too witnessed heavy casualties on their side. Thousands of people were killed, including civilians and security forces, during the time of peace talks. The US President was forced to take this decision after 12 people were killed, including a U.S. service member and a Romanian soldier, in a suicide car bombing by Taliban in Kabul on September 05, 2019. The American soldier became the fourth U.S. service member to be killed within two weeks since the previous incident of suicide bombing. A total of 16 US soldiers have been killed as of September 2019. More than 2,400 US service members have been killed since the US first entered Afghanistan in October 2001.

Peace talks between the US and the Taliban began around October 2018 in Doha, Qatar with the objective to end the 18-year-old war in Afghanistan. Earlier, similar efforts had failed. In fact, the Taliban controls more territory now than at any point before the 2001 US-led invasion. Therefore, they refused to hold direct talks with the Afghan government until a timetable for US troop withdrawal was finalized.

Unlike previous peace initiatives, the 2018 effort had nine rounds of negotiations and in fact both sides were satisfied over the progress. After

nine rounds of negotiations in Doha, US envoy Zalmay Khalilzad said a peace agreement was finalized "in principle". As media reports indicated, as part of the proposal the US had to withdraw 5,400 troops within 20 weeks, in return for the guarantee by Taliban that Afghanistan would never again be used as a base for terrorism.

Why the talks didn’t take off?

The entire peace process was unique but doomed from the beginning due to the following reasons. First, historically, peace negotiations to resolve an active conflict happen between two or more conflicting parties either directly or in the presence of mediators. That mediator can be a state, members of civil society or the UN. In the case of Afghanistan, the negotiation happened between the Taliban, one of the many militant groups active in that country, and the US, which is an external actor. The US was one of the negotiating parties because the Taliban did not want to involve the Afghan government in the talks. The US technically too could become a mediator given its linkages with the Taliban since its inception.

Second, the Afghan people, civil society or the government were not part of the negotiating team. It is unique in itself that the affected state’s government was not a party to the negotiation process. Afghanistan's government was not satisfied with the way the US was negotiating with Taliban and it was also equally concerned about the final outcome. Afghan President’s adviser Waheed Omer had in an interview warned of difficult days ahead by stating, “Afghans have been bitten by this snake before, like now, the Afghan government has been sidelined. Where there is no feeling of ownership there is no safety.” The Taliban, in fact, recognizes the Kabul government as an American puppet.

Third, since the US created the Taliban to counter Russian presence in Afghanistan, other than the Afghanistan government, neighboring countries

Fourth, in the post-2001 period, the Taliban had spread its tentacles across the country and developed good linkages with the neighboring countries. Baring a few Northern provinces, the Taliban has a strong presence in the rest of the country. Taliban was also aware of the domestic pressure on Trump administration for withdrawing forces from Afghanistan and poor combat experience of Afghanistan security forces. Therefore, the Taliban negotiated from the position of strength. As a result, the Taliban demanded immediate withdrawal of approximately 20,000 U.S. and NATO troops out of Afghanistan after the peace agreement was signed while the US wanted to withdraw in phases. Taliban also did not accept the US condition that the Taliban guarantees that they will not allow Afghanistan to become a haven for extremist groups such as Al-Qaida and the local affiliate of the Islamic State group to use Afghanistan to launch global terror attacks.

Fifth, most surprisingly, no ceasefire was declared or agreed between the negotiating parties. As a result, both sides were engaged in attacking each other. Both sides took advantage of the absence of a ceasefire agreement to put pressure on each other while sitting across the negotiating table.

Sixth, there was no guarantee that the peace agreement with the Taliban would bring an end to violence in Afghanistan as other militant groups were not part of the peace process.

Seventh, the US perhaps planned that Indian troops could replace the partial withdrawal of its military. That plan did not materialize as India did not show interest in military cooperation with Afghanistan. The Congressional Research Service (CRS) said, “India has been the largest regional contributor to Afghan reconstruction, but New Delhi has not shown any inclination to pursue a deeper defense relationship with Kabul”.

Worldwide, conflict resolution experiences suggest that the majority of peace negotiations have been successful on two occasions. First, when the rebel groups are in the weak position against the state and second when there is presence of an influential, trustworthy and non-partisan mediator. In the case of Afghanistan, both these peace process sustaining elements were not present. Therefore, the peace process was just waiting to collapse at any point of time.

Immediately after the cancellation of the negotiation, Taliban intensified attacks both on the civilians and security forces. Since it has an upper hand, its tactics would be to undertake more of such violent activities by targeting foreign forces to build pressure on President Trump, who is going to contest elections by end of 2020. At the same time, the Taliban will also intensify its attacks on Afghan forces and civilians to disturb the forthcoming Presidential elections in Afghanistan. In fact, to add more strength to its bargaining power, the Taliban might use its external linkages to put pressure on the US for a fresh round of negotiation. That negotiation could be purely tactical.

This article is part of the "South Asia Conflict Monitor", October 2019.