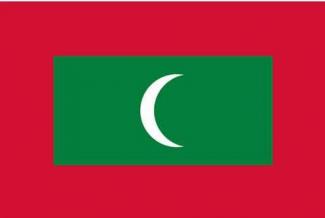 As the September 07 presidential elections are getting closer in Maldives, three out of four presidential candidates and their political parties have been trying to woo the security agencies and indulge in religion based campaigning. These issues have dominated in the campaigning of the two candidates - Ibrahim Gasim of the Jumhoree Party (JP) and Mohamed Waheed of the Gaumee Ithihaad Party (GIP) Instead of focusing on the socio-economic issues, these two parties have been trying to win the first round of the general elections by dividing the society between  Islamic and anti-Islamic forces. They have projected former president Mohamed Nasheed of the Maldivian Democratic Party (MDP) as anti-Islamic.

Maldives is a Sunni Muslim dominated Islamic country with a population of 330,000. For some political parties, the future lies in Islam dominated campaigning. In fact, some pre-poll alliances came up by with the support of religious conservative parities despite serious ideological differences. The Adhaalath Party (AP), a religious conservative party that clamours for total implementation of Sharia law, joined the Jumhooree Alliance (JA) in July after Mohamed Waheed of the GIP branded the AP as a fundamentalist party during his visit to Sri Lanka. Second, under the influence of AP and the Dhivehi Quamee Party (DQP), another religious conservative party, Gasim Ibrahim has promised to promote and protect Islam in Maldives by enacting special laws and opening up of new institutions. The JA in fact has vowed to fight against anti-Islamic forces by focusing its attention towards the liberal party MDP. In fact, during the campaigning, the JA declared its “Religion and Nationalism Policy”, – a set of objectives focusing on strengthening Islamic faith and national identity in the Maldives. Further, on August 08, 2013, speaking at the ceremony held at Arabiyya School to launch the Islamic and national policies of the JA, presidential candidate Gasim Ibrahim said “some people have been trying to change the hearts of the people by instilling in them wrong ideologies. This is a matter of great concern and the people should be aware of these plots to sell the nation.” The JP proudly claims that it announced a religious policy and that its popularity has increased.

Third, the incumbent  President Mohamed Waheed and presidential candidate of the Jamboree Alliance candidate Gasim Ibrahim attended the official Eid prayer in Male, where the Imam conducting the Eid prayer, Sheikh Ahmed Sameer Ibrahim, said some people have been working to destroy the Islamic unity of Maldives. He urged people to remain vigilant and to unwaveringly hold on to the Islamic faith. Last but not least, during the campaigning, top leaders of both-JP and GIP criticised Nasheed for working against the tenets of Islam. The deputy president of the Adhaalath Party, Mauroof Hussein said Christian missionaries, who were deported earlier, were brought to Maldives during former president Mohamed Nasheed’s regime.

Registered Maldivian parties as on March 12, 2013 and political agenda

Immediately after the election date was announced, parties engaged in negotiations for pre-poll alliances. Some alliances are in fact targeting the MDP. Out of four presidential candidates, two candidates so far emerged as strong contenders for the MDP. The alliances were formed with the support of a religious party against Nasheed’s secular views. Another alliance was formed to defeat Nasheed by seeking help of security forces. The current President Waheed wanted to take advantage of the enmity between the MDP and the  security forces after the February 2012 coup.  Addressing the Maldivian National Defence Force on July 04, President Waheed urged them to stay firm in Islamic principles and maintain rule of law. On August 15, President Waheed announced the restart of a project to construct 300 flats for MNDF officers. He also earlier handed over 50 flats to police (officers). President Waheed in fact urged especially the police to support any changes in organisational structure and functions. He said that to appease the police forces against MDP’s policy of bringing necessary changes in the police organisation and functions. One media report indicated that “since President Waheed’s government came to power, more than 1000 police officers have been promoted, while 110 officers were hired.”

Similarly, Gasim Ibrahim of GIP said that if his party was voted to power then he would “never give any opportunity for those who attack law enforcement officers to attack them. He praised the services provided by the law enforcement officers for their role in protecting national interest and maintaining a peaceful environment was a significant role.

The politicisation of state agencies by rival parties has become a major concern for the MDP. Former president Mohamed Nasheed emphasised concerns about police influencing the September presidential elections while speaking at an MDP campaign rally in July. He said Police Commissioner Abdulla Riyaz had given instructions police officers to forcibly enter polling stations on the pretext of maintaining law and order. Instead of antagonising the  security forces, in August, Nasheed asked his  cadres to become friendly with police because police still could  play a decisive role in the election results. Two days after his statement, media reports indicated that the Police Integrity Commission (PIC) had confirmed that it was investigating a tweet posted by the Police Commissioner about a letter he claimed to have been sent, urging the police to “say no” to former President Mohamed Nasheed on September 07, just as they had on February 07 – an event the author described as a “jihad”. Earlier, in July, the same Commissioner expressed concerns over a leaked proposal allegedly devised by the MDP to reform the country’s security forces  and posted an interview on the police service website that the organisation would refuse to follow any orders [from elected representatives including the President] deemed unconstitutional, indirectly hinting towards Nasheed in case he is elected as President.

Meanwhile, in a press statement released on August 25 on the MDP website, the party alleged that officials in the government (police) were threatening senior party functionaries in a bid to obstruct the party’s presidential campaign, ahead of the upcoming presidential elections. The police had summoned President Mohamed Nasheed’s former Special Envoy, Ibrahim Hussain Zaki, for questioning without any reason. Earlier, the police summoned MDP MP Ali Waheed’s family as part of an investigation into a corruption case and the prosecutor general filed charges against three MDP members –MPs Hamid Abdul Ghafoor, Abdulla Jabir, and former Press Secretary Mohamed Zuhair – regarding illegally possession of alcohol in November 2012. Ali Waheed is reportedly targeted because he had defected from the Dhivehi Rayyithunge Party (DRP) to the MDP earlier. The MDP’s apprehension appears pertinent given the steps being taken by state agencies just two weeks before the presidential elections and enmity between present police chief and Nasheed since the 2012 coup.

The MDP has been the target of other political parties because of its popularity. Its popularity was reflected in March 2013, when the Parliament passed a new law over registration of political parties and the MDP presented itself as having the highest number of party members. Second, its popularity came to the fore again while a large number of people joined street protests against the  police’s attempt to arrest MDP chief Nasheed. Third, the MDP secured a large number of seats in the first women committee elections in July this year. The MDP’s rivals grew more insecure  once Nasheed undertook a successful second visit to India in the end of July 2013.  There has been some apprehension from other political parties over using of Indian electoral officials in the Maldivian elections. This issue could create a problem if some parties lose the primary round. The PPM (Progressive Party of Maldives) has already raised questions over the voters’ registration list from the Election Commission. The party has already hinted that it might create problems (unrest) post elections.

Despite competition between all these four candidates, three other political parties and their respective candidates have been targeting Nasheed as an anti-Islam and corrupt leader in their election campaigning. The JP and MDP may seek maximum vote followed by FN (Forward with the Nation coalition)through such a campaign. In that case, there are possibilities of an alliance between JA and FN to stop MDP from  coming to  power after the  first round of elections. Therefore, the PPM may not do very well in the first round. In that situation, the PPM may allege role of foreign forces for its poor performances. The PPM and JP delegations had already met the election commission chairperson Fuwad Thowfeek on August 8 apprising him about their fears that foreign IT workers (from India) would be given access to information related to the scheduled elections. They had questioned the possibility of holding free and fair elections if foreigners could access the electoral database and other systems. Moreover, the appeasing of security agencies by the political parties and their dependence on security agencies for retaining or gaining power may affect the democratic process in Maldives.

Even if the JP wins the elections, the JA may not continue with it, given ideological differences between JP and its allies. While the JP believes in tourism related business, its allies are against alcohol and believe in religious conservatism. Alcohol plays a major role in Gasim’s business. In February 2010, the Adhaalath Party had organised a joint press conference with civil society groups against the sale or use of alcohol on inhabited islands. After the polls, there could be differences of views between the JA allies on social and religious issues.