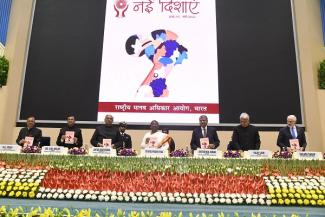 On the eve of Human Rights Day, President Draupadi Murmu expressively spoke about the dignity and rights of nature. In Montreal, the 15th Conference of Parties (COP15) to the Convention on Biological Diversity (CBD) tried to iron out a fair and just global biodiversity governance system. Meanwhile, in Dubai, during the inauguration of India Global Forum UAE 2022, External Affairs Minister Dr Jaishankar slammed developed countries that, despite occupying major carbon space, they are not helping poorer countries in addressing climate change. Even if these three episodes are geographically separated, they have one common underpinning objective - the quest for environmental justice.

The above three scales capture the dimensions of environmental justice. To preserve, conserve and manage the common heritage of humankind in the ecosphere, as in sustaining biological diversity, is one of the contested turfs in achieving environmental justice among countries. At a macro level, fairness is sought between the state and its various citizen groups in environmental decision-making. At the micro level, it's the equity of survival space between humankind and other living beings.

Justice, equity and fairness, in social, economic and political, are secured by the Preamble of the Constitution of India through various provisions, primarily through fundamental rights and directives to the Union government and State governments. As we understand it so far, can justice be expanded to include the environmental dimension, as President Murmu suggested in her speech? Or, will it remain just as a catchphrase to be used in only eloquent speeches or covering up one's weakness in environmental governance?

Inequality is the norm of the world. Access to and control over environmental resources are weighing in favour of a few resulting in massive environmental burdens to the rest of humankind. Let's take the example of greenhouse gas emissions (GHG) consumption. The world's richest one per cent will have per capita consumption emissions 30 times higher than the global per capita in 2030. At the same time, the carbon footprint of the poorest half of the world population will be several times below. But, it's the countries, which have emitted GHG the least, that will be harmed most due to climate change. Who must carry the environmental burdens of climate change? This is precisely what EAM of India intended to send the message for next year's climate conference in UAE.

Can we find an example in India of recently formulating any such environmental laws or policies? If we put recent amendments, proposed or inserted, to environmental laws or policies such as Environment Impact Assessment (EIA), Indian Wildlife Protection Act (IWPA) or Forest Conservation Act (FCA) or the Forest Conservation Bill to be tabled in the winter session of Parliament, to test under environmental justice lens of meaningful participation of all section of society, neither of them would have been approved in present form.

Last but not least, in the long tradition of the civilisational state, as India claims, the symbiotic relationship between humans and nature has been eroding fast and frantic. The human and animal conflict has increased manifold. Despite the High Court of Uttarakhand holding that the Ganga and Yamuna rivers have the same legal rights as human beings, 351 river stretches of India were polluted in 2018, as identified by the Central Pollution Control Board (CPCB). Unregulated maldevelopment being relentlessly executed by humans is threatening the very existence of the natural world. But who will speak for the natural world, a river, an elephant or an Olive Ridley? Is there a delegation of wildlife representatives at the COP 15 to negotiate their survival with the countries' representatives?

With multiple grave threats emanating from the degradation of the ecosphere - climate catastrophe, mass extinction of species, increasing heat waves with vanishing water, environmental justice can uphold the survival of humankind. Agreeing with President Murmu, we must re-learn to treat nature with dignity. Environmental justice can't be attained overnight or through adjudication. It must be put at the centre of the decision-making process.