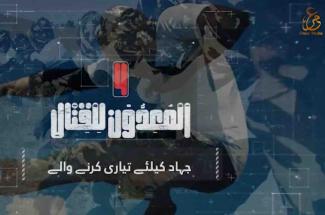 At least 12 people, including nine Chinese citizens, were killed after a bus carrying construction workers plunged into a ravine following an explosion on July 14, 2021, when the workers were heading to the Dasu hydropower project located in the Upper Kohistan region situated between Khyber Pakhtunkhwa (KP) and Gilgit Baltistan (GB). No one has claimed responsibility for the incident, though the nail of suspicion is on Pakistani Taliban formation infamous as Tehreek-e-Taliban (TTP).  Initially, Pakistan said that the incident was due to mechanical failure resulting in leakage of gas leading to the explosion. But since nine Chinese citizens died in the incident, China insisted on sending an investigation team to dig out the exact reason for the incident. It was then that Pakistan changed its earlier position and admitted terrorist angle in the incident. Two days after the incident, Pakistan’s Information Minister Fawad Chaudhry said that some traces of explosives had been found in the vehicle. Thus terrorism could not be ruled out completely.

Pakistan tried to hide the facts probably because it did not want to be labelled a terrorist hub, affecting the inflow of development assistance and foreign investments, especially from China. Although the Chinese have categorically rejected that the Dasu project is part of the CPEC, it has committed to invest $60 billion under the BRI programme in other parts of Pakistan. These projects are already in the implementation phase, and many Chinese technicians are engaged in those projects. Another factor is that Pakistan did not want to show KP as a terrorist affected area other than Baluchistan, where Chinese investments are being resisted strongly by the Baloch rebels. The Baloch rebels have, in fact, attacked Chinese projects beyond the Baluchistan region. They allegedly attacked the Karachi stock exchange in June 2020.

The incident occurred when the Afghan Taliban has claimed control over 80 per cent of Afghanistan’s territory after the US is withdrawing its forces from many parts of that country as per the USA-Taliban peace deal of February 2020. Moreover, various militants opposed to the Pakistani government have in the past attacked Chinese projects and citizens. But despite this, the Chinese invested heavily in Pakistan after getting assurance of full protection in the project sites. Also, Chinese projects were safe as long as the American forces were present in Afghanistan. China has reaped maximum benefit from the mining sector in Afghanistan without spending a single penny for security purposes.

The KP region of Pakistan has been restive since the formation of Tehreek-e-Taliban (TTP) in 2007. The region has been a stronghold area of the TTP, which has been opposing development projects and state presence in that region. The objective of the TTP is to overthrow the elected government of Pakistan in order to establish an Emirate based on its interpretation of Islamic law.[1] More than 3,500 people have taken to militancy, some 490 soldiers have been killed, and more than a million people have been displaced due to the ongoing conflict between the TTP and the Pakistani Army.

The July 14 attack was not an isolated case as many Chinese analysts have interpreted. Although the overall security situation in Pakistan has improved and the number of violent attacks has, in fact, decreased since 2015, there has been an increase in the number of attacks against Chinese targets in the past two years. Various militant organisations active in the KP, Baluchistan and Sindh province of Pakistan have made several attempts on Chinese citizens and projects. Some examples are listed below:

Moreover, sources indicate that there has been a steady and gradual increase in the TTP movement in the KP area since 2019 after regrouping the splinter groups under TTP’s new chief, Mufti Noor Wali Mehsud. According to the 27th report of the UN Analytical and Monitoring Team published in January 2021, the TTP  attempted reunification of splinter groups in Afghanistan and was moderated by Al-Qaeda. This is expected to increase the threat levels in Afghanistan, Pakistan and the region as a whole. Five splinter groups, including Jamaat-ul-Ahrar, Hizb-ul-Ahrar and Lashkar-e- Jhangvi factions led by Amjad Farooqi, Shehryar Mehsud, and Usman Saifullah, pledged alliance to TTP in August 2020. This increased the strength of TTP and resulted in a sharp increase in attacks in the region too. The TTP was responsible for more than 100 cross-border attacks between July and October 2020.[2] Since the beginning of this year, the TTP has targeted social workers, police personnel and some tribal leaders in the KP region.

There are also reports about linkages between Afghan-Taliban and the TTP. Although the exact nature of the linkages between Afghan-Taliban and the TTP is not yet clear, media reports indicated that a large number of TTP cadres took shelter in Taliban controlled territory in Afghanistan. At the same time, Pakistan undertook military operation ‘Zarb-e-Azb’ in June 2014.

There have been previous attacks on Chinese nationals in Pakistan, including a recent suicide blast at the luxury Serena hotel in Quetta, Balochistan, for which the Pakistani Taliban (TTP) claimed responsibility.

Why are Chinese projects being targeted?

Given the TTP’s domination in the KP area and its involvement in the previous attacks on Chinese citizens and projects in Pakistan, some analysts suspect the role of TTP in this latest bus incident as well. However, as stated above, no group or organisation has claimed responsibility for the incident so far. This delay in calming responsibility can be linked with Pakistan’s initial position in the incident. It might have used its contacts with the local militant groups to persuade them not to own responsibility for the incident in order to justify its initial position.

Since the TTP wants to establish an Islamic Emirate following Sharia law, it has been opposing both internal and external entities working with Islamabad for the development and smooth functioning of the government. Since China is the largest investor in Pakistan, the TTP has been opposing its Chinese presence.

The TTP and other militant groups in Pakistan have also been opposing Chinese projects in the country because they feel that these projects have failed to generate employment for the local people since the Chinese companies get technicians from China and use machines to avoid hiring local people.  They also feel that in the name of development, China wants to exploit natural resources.

In the absence of US security forces, the volatile security situation in Afghanistan will embolden the TTP to reassert its presence in the KP and other parts of Pakistan. In that case, foreign tourists and development projects would become soft targets of the TTP in the future. The consolidation of the Taliban in Afghanistan will give free access to the TTP to take shelter if the Pakistani Army takes military action against the TTP after the July incident.  The formation of Mujahideen Gilgit-Baltistan and Kohistan in the KP and Gilgit-Baltistan region will further aggravate the security situation in Pakistan.

The article is part of South Asia Conflict Monitor, July 2021