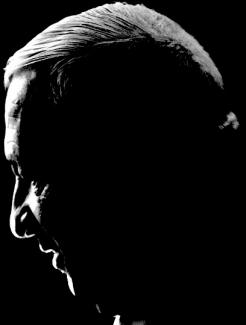 History is full of ironies. If that was not the case, how else could one explain Ariel Sharon’s progression on a path, which is contrary to what he has come to symbolize all these years? Sharon remains one of the most hated figures in the collective memory of the Palestinians because his name is associated with almost every modern Palestinian national tragedy. Yet in the autumn of his illustrious career, Sharon is engaged in a struggle against his own Likud party on the issue of Israeli withdrawal from occupied territories, something truly sacrilegious in the rhetoric of Likud. His Likud party stands divided over what has come to be known as ‘Sharon Plan’ which envisages Israeli pullout from Gaza and four Jewish settlements of West Bank by the year 2005.

The major irritant in this ‘Plan’ is the controversy over the stages of the Israeli withdrawal. Sharon had initially proposed for a single-stage withdrawal of Israelis from Gaza and portion of West Bank which was defeated on 2nd May referendum by his own party. In what seems to be a watered-down version of the earlier proposal, Sharon called for a four-stage Israeli withdrawal. The controversy does not seem to slow down, and now, Sharon wants to form a coalition government with the help of Labour Party and has threatened to call general elections if the Likud hardliners impeded his efforts to form a unity government. However, the controversy successfully creates for Sharon an image of a patriarch exhorting his countrymen to the virtues of peace. But peace is the last thing his Plan envisages. Not only does his ‘Plan’ contravene the spirit of Camp David II where the two parties had agreed to desist from taking any unilateral action but it is something which will make termination of this conflict on just basis extremely difficult.

The reason Sharon cites for taking such unilateral action is that the diplomatic process is in a ‘frozen state’. It is indeed illuminating to see what this ‘diplomatic process’ has offered to the Palestinians so far. After so many agreements and there are many (Oslo in 1993, Oslo II in 1995, Hebron in 1997, Wye in 1998, Sharmel Shiekh in 1999 and finally Camp David II in 2000), the Palestinians still controlled only 13.1 per cent of West Bank and none of East Jerusalem. If one studies the map of West Bank, one would know that it is an elongated stretch of land surrounded by Israel to its west and River Jordan to its east. During Camp David II, the Israeli proposal talked about annexing these areas: 1) from the settlements of the northern town of Ariel to Jordan, 2) from the settlements of Ma’ale Adumim in West Jerusalem to Etzion Bloc in Jordan valley, and 3) a strip along the River Jordan encircling the Palestinian areas from the eastern side. This, if the parties had accepted, would have cut West Bank into three cantons. The apprehensions of early opponents of the Oslo process that it would help create Bantustans of apartheid-era South Africa in Palestine seem quite plausible now.

The peace between Israelis and Palestinians is not a peace between relative equals. One of the obvious lessons of this peace process for the Palestinians is the realization that no matter who does the offering (Labour or Likud), the peace on the ground would remain fractured and unfair. On the status of current proposals, the Palestinian State, if it comes into existence, would remain a non-contiguous entity, which would be besieged anytime, on any pretext by Israel.

However, the current unilateral Israeli withdrawal is suspected because of simultaneous development, which is underway in Palestine. The construction of security wall is not an aberration to have come into politics of Palestine all at once but physical separation from dense Arab populations in West Bank is something, which has always been discussed and debated since the end of Six-Day war of 1967. ‘Allon Plan’ of 1968 was a plan to delineate Arab areas that had to be left out. This was when there was no contact between the Israeli state and the nascent Palestinian nationalism. But today, when there is a decade-old history of engagement behind them, resorting to such actions, is anything but a step towards helping peace to take roots. It would permanently alter the nature of the conflict and would certain to affect all its possible outcomes. The ruling of the International Court of Justice (ICJ), declaring the construction as illegal, would remain as effete as all other rulings and resolutions of UN and other international bodies.

At the end of it all, it would deprive Palestinians of their only leverage against Israelis and that is the autonomy to reject any proposal. The history and nature of peace process strengthen the contention that this is how any peace agreement would have culminated on the ground; the only difference this time is that Sharon does not have the legality of an agreement to carry out his plan.

Author Note
Author is a Research Associate with the Society for the Study of Peace and Conflict, New Delhi
Tags
Peace, Palestinian, Israel, Sharon