Taming the Terror: Top Priority for Interim Government of Iraq 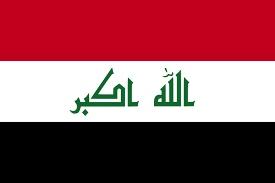 The statement released by a group called Iraq Body Count (IBC) on September 8, 2004, has claimed that the number of Iraqi civilians killed since the US attack on Iraq in March 2003 has crossed 11,000 and majority of the deaths came after the major combat operations ended on May 1, 2003. This indicates the failure of the US-led coalition to provide security to the Iraqi people. Under such circumstance, the ability of the recently established interim government headed by Iyad Allawi to create a sense of security would not only legitimize its rule but also help to justify the presence of Multi-National Force (MNF) in Iraq.

The transfer of power from the Coalition Provisional Authority (CPA) to the interim government did not observe the celebratory gunfire, a sign of outright jubilation in Iraq. Majority of Iraqis expressed their satisfaction over the transition and welcomed the televised vows of Prime Minister Iyad Allawi to deal strictly with terrorism. Nonetheless, a section among them disapproved the idea of sovereignty without the withdrawal of MNF from the country. Terming the transfer a mere “formality” the spokesperson for the Muslim Scholars’ Board declared that the transfer would be incomplete until the occupying forces completely withdraw from Iraq.

Apart from drawing the balance between the two opinions, the most important challenge the interim government faces is to devise a strategy to deal with different groups of insurgents operating in Iraq. One such group is the Mahdi Army loyal to Moqtada al-Sadr. Even though al-Sadr was forced to withdraw from Najaf, his Mahdi army effectively controls the slums of Baghdad named after his martyred father, Midnat al-Sadr. Consolidating his position in Sadr city, he declared Iyad Allawi government illegitimate for cooperating with the US and vowed to continue resisting the occupation till the last drop of his blood. Sadr has found a supporter in a rather unusual place, in the Iraqi Governing Council in the form of Abd-al-Karim al-Muhammadawi. Muhammadawi is popularly called ‘prince of marshes’ for defying Saddam. He had earlier used his stature to mediate between the coalition and the tribes of the Amara district, but recently relinquished his membership of governing council protesting at the campaign against the Sadr.

The religiously motivated foreign mercenaries, the members of dissolved 3 million Baath party and the 7,00,000 strong Saddam’s Republican Guards account for the rest of insurgents present in Iraq. The Iraqi justice minister blames Syria and Iran for pushing more than 8,000 foreign volunteers into Iraq before the Americans attacked in March last year. Tawhid al-Jihad supposedly spearheaded by a Jordanian Islamist Abu Mus’ab al-Zarqawi is one such group operating in Iraq. The Salafis that originated in Saudi Arabia, grew strong inside Iraq during the UN sanctions. It has proclaimed that any Iraqi collaborating with the US would be treated as apostates, a crime for which Islam prescribes the death penalty. One of the prominent Salafi, Fakhri al-Qaissi indicated that it is yet to be decided whether Allawi is an infidel or not”. However, it is the rank and file of the erstwhile Republican Army that provides for the largest number of insurgents. They melted away in the wake of American attack only to regroup later and converted to the Islamic cause of fighting the infidels- Americans.

These groups, though fighting a common enemy, are divided and derive legitimacy from different sources. The interim government fully aware of these differences is effectively trying to use it to weaken the strength of insurgents. Allawi has proclaimed emergency laws giving wider powers to the Iraqi security agencies (assisted by MNF) to deal with the insurgents, especially foreigners. On the other hand, he also declared his readiness to pardon the Iraqis who fought the occupation and were not involved in attacking the Iraqi targets. This strategy to draw a wedge between the nationalist and foreigners could pay significant dividends considering the growing revulsion of common Iraqis towards the foreigners. Iraqis feel that the presence of foreign rebels in Iraq is prolonging the country’s agony. For many, the extremist attitude of the foreigners is a hurdle in the path of peace in Iraq. Even the Salafis are against foreign help.

Finding an amicable solution to the above issues would not be easy for the interim government, particularly, when it is still trying to define the role of MNF in Iraq. It is important for two reasons: first, the MNF insistence to use air power to deal with the insurgency is causing an extensive civilian casualty and second, more than ninety per cent of Iraqis feel that MNF is an occupying force. Therefore, it is not only the end of terror that will establish peace and security in Iraq but the interim government’s ability to make Iraqis believe that it is the real sovereign in Iraq and not the Americans.