Vocal for Local Arms: Imperatives of Self-Reliance in Defence Production 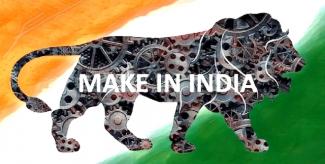 The Russian invasion of Ukraine on February 24 has brought to the fore the grave geopolitical fault lines in Europe. India, the largest democracy in the world, has tacitly sided with Putin’s authoritarian Russia by abstaining from all the UN votes taken place since the Russian invasion. India’s decision was not so much about returning the favour of the Soviet Union’s crucial support on Kashmir issues during the early years of Indian independence. Rather, it was to protect New Delhi’s vital strategic interests. With critical dependency on Russia in nuclear, space and defence, India could not have done otherwise in the UN, especially at a time when New Delhi itself is facing a serious military crisis with China - Russia’s biggest strategic ally and a key partner in the evolving great power competition with the US-led democratic front.

Nothing exemplifies India’s critical dependency on Russia more than the defence supplies. It won’t be an exaggeration to say that some of the most potent arrows in India’s quiver is of Russian or Soviet origin. These include the frontline fighters, tanks, and surface-to-air missile systems, to name just a few. In some cases, the dependency is over 90 per cent. To complicate the matter further, India is also dependent on Russia for routine repair and maintenance besides upgrading these weapons. Given the long life of these weapon systems, India cannot simply wish away the Russian dependency in the near future without, of course, inflicting a heavy cost on its defence preparedness.

India has indeed attempted to diversify its weapons purchases, especially from the US. With over $20 billion worth of arms deals already signed since 2008, the US has emerged as a major weapons supplier, amply reflecting the burgeoning strategic relationship between the two countries. This relationship, howsoever crucial in the current geoeconomic and geopolitical environment, does not hide the bitter history of the 1971 India-Pakistan War when the US dispatched a nuclear task force led by the aircraft carrier USS Enterprise in support of Islamabad. It does not also hide the Sword of Damocles hanging over India in the form of Countering America’s Adversaries Sanctions Act (CAATSA).

In any case, diversification of arms procurement from Russia to the US, or for that matter any other country, is not a solution for a country like India, which without its own arms, cannot be counted as a real power in the comity of nations.

So, why is India not in a position to make its own arms? The answer to this lies in the historical neglect of India’s defence industry. Despite having an extensive defence technology and industrial base (DTIB), successive governments have done precious little to enable it to perform to the expectations. The consequent result has been a huge annual arms-import bill and an uncomfortable situation in an ever-changing global geopolitical environment.

That said, the Modi government has shown a strong political determination in revitalizing India’s defence production, with the PM himself leading from the front in encouraging the domestic arms manufacturers. Under the Make in India initiative and then the Atmanirbhar Bharat Abhiyan, the Ministry of Defence has unleashed a host of reforms never seen in such intensity in the past.

An essential defence reform undertaken post-2014 addresses the import bias in the defence procurement manual. Unlike in the past when the foreign vendors ruled the roost, the domestic industry, including the private sector, is now at the center of India’s arms procurement decision-making. This domestic-industry friendly attitude has further been supported by other measures that include an import ban on over 200 defence items, corporatization of the ordnance factories and a dedicated budget for procurement from domestic sources.

The latest Union Budget has gone further in increasing the share of domestic procurement to 68 per cent in 2022-23 from 58 per cent in the previous fiscal. To give a fillip to the domestic arms manufacturers, the Union Budget also makes a radical provision of reserving 25 per cent of defence research and development (R&D) budget for use by the Indian industry, academia and start-ups.

These initiatives are apart from countless measures taken to improve the ease of doing business by addressing legacy concerns relating to industrial licensing, foreign equity investment, testing and certification of indigenously developed items and defence exports. The articulation of domestic-industry friendly defence export policy has led to a six-fold increase in exports and put the country on the list of 25 biggest global arms exporters for the first time in its history.

Certain of the measures taken by the government will indeed take some time before making a visible impact on the ground. It is imperative not to be distracted by time-consuming efforts. The need of the hour is for the unwavering support to the PM’s vocal for local calls.  Through genuine self-reliance in arms manufacturing, India would be able to conduct its sovereign foreign and military policy free from any strategic inhibitions.