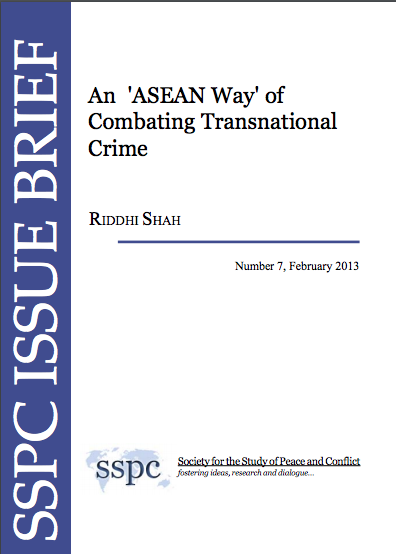 Transnational crime has become an issue of increasing concern for India. The last decade has seen a rise in the production and consumption of narcotic drugs in Southeast Asia and India. Southeast Asian nations have become one of the leading producers of narcotics such as opium, heroin and amphetamine-type stimulants (ATS). An estimated two-thirds of the world’s opium is produced here. Thailand used to be the main route for trafficking heroin in Southeast Asia but with the commercial opening up of China and India, new routes have come into existence. Opium as well as heroin travel from Western Myanmar to India’s northeastern states of Nagaland, Manipur, and Mizoram. From here the drugs travel to Kolkata via Assam and are finally shipped to the rest of the Indian subcontinent. Drug distribution commonly occurs on the way to the final destination.