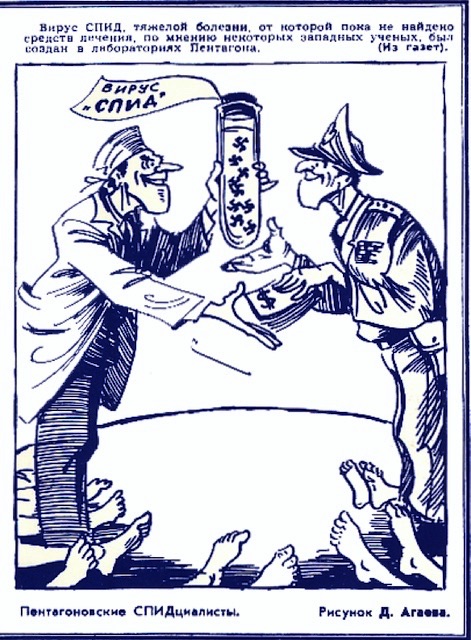 Preface: In response to legislation passed in 1985, the Department of State on July 30, 1986, submitted to Congress a document titled Active Measures: A Report on the Substance and Process of Anti-U.S. Disinformation and Propaganda Campaigns. This report updates that document, focusing on events and changes which occurred between June 1986 and June 1987. Both reports were prepared by the Active Measures Working Group.

The Active Measures Working Group is an interagency committee chaired by the Department of State. In addition to State, membership includes representatives from the Central Intelligence Agency, the U.S. Information Agency, the Arms Control and Disarmament Agency, the Defense Intelligence Agency, and the Departments of Defense and Justice. The Working Group is devoted to analyses of and responses to worldwide active measures against the United States.

Propaganda is distinct from active measures, yet the two are closely integrated into the fulfilment of Soviet foreign policy objectives. The definition of propaganda used in this report is information that reflects the perceptions or perspectives of a government, in this case, the Soviet Union. Active measures such as using front groups or spreading disinformation (lies) are deceptive operations that attempt to manipulate the opinions and/or actions of individuals, the public, or governments. They often are covert.