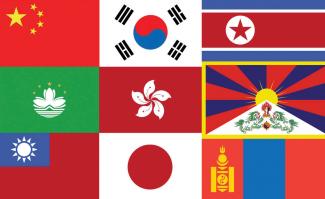 The East Asian Community has been propagated as the new harbinger of comprehensive security processes. The idea of an East Asian Community got an impetus with the December 2003 Tokyo Declaration between Japan and ASEAN. Although East Asia has witnessed sufficient degrees of ‘regionalization’, ‘regionalism’ still has a long way to go. The former refers to those processes, which come from markets and private investment flows while the latter emerges as a result of intergovernmental dialogues and treaties.

The rise of East Asian regionalism can be viewed against the backdrop of the structural weakness of APEC and ASEAN. APEC is handicapped by the political and economic diversity of the member states and the absence of a benevolent dominant state or group of states to deal with politico-economic crises. US apathy to bail out the crisis affected economies during the Asian Financial Crisis and resumption of financial and military help post 9/11 demonstrated that economic cooperation waxes and wanes with strategic imperatives. Further, the success of the European Union had a domino effect by proving that coordinated multi-national strategies result in better outcomes. The 9/11 attacks, terrorism (e.g. Bali bombings) and territorial disputes coupled with the widening security agenda (e.g Special ASEAN Tsunami summit) proved that security is not an exclusive ‘go alone’ process adding urgency to the East Asian regional integration drive.

The new regionalism seeks at regional identity building by forging deeper ties on political, economic and socio-cultural fronts, a point stressed by the social constructivists for successful region building. The ‘ASEAN Way’ of conflict resolution, which in due course will be extended, to the East Asian region, can be seen in the formation and functioning of ARF. The ARF reflects a ‘sui generis’ Asian approach to security based on the principles of informality, consultation and consensus building. Hence, any formal, legal Council of Security and Cooperation in Europe (CSCE) type institution is being opposed in East Asia.

However, the degree to which the initial success of East Asian community building can be sustained is dependent on the role of key regional players the U.S, Japan and China. The perceptions of the US, Japan and China towards regionalism have changed. Earlier the US was squarely in favour of bilateralism in East Asia while it favoured multilateral processes in Europe. But since the late 1990s and the 9-11 attacks the U.S endorses regional cooperative security mechanisms. For instance, the U.S favours active participation of China and Japan in the Six-party talks on North Korea’s nuclear programme and the Proliferation Security Initiative (PSI).

Japan’s engagement with Southeast Asia got a boost with the ‘Fukuda Doctrine’ of 1977 that stated that Japan would not remilitarize itself and will support economic development and stability in the region. There has been a marked shift in China’s security outlook in the last five to seven years. China understood that belligerence as displayed in South China Seas and Taiwanese Straits in the 1990s would raise suspicions of it being a revisionist power, isolate it in the region and nip its economic engagement in the bud. China has since tried regional reassurance diplomacy and has actively participated in the multilateral economic and security institutions like APEC and ARF.

However, Sino-Japanese relations, which bears the burden of history will make or mar the future of an East Asian community. China is sceptical of a repeat of the East Asian Co-prosperity Zone where Japan will dominate due to its currency, if not due to its military might. Japan, on the contrary, is worried about China’s defence spending and its shift from a continental to a maritime power with a blue water navy. Japan’s new National Defense Program Outline released in December 2004, has specifically identified China as a threat to its national security. Island disputes between the two countries might also act as a trip wire to push the entire region into crisis. An ideal situation would be the Franco-German cooperation model, which overcame historical rivalries to promote European regionalism. Optimum power stratification, coupled with dense economic interdependence in the region, can trigger off cooperative outcomes between countries.

Similarly, a bankrupt but nuclear North Korea, which has sighed away from the cooperative security dialogues, might implode having major security ramifications in the Korean peninsula. Internal instability in most of the nations of Southeast Asia coupled with territorial disputes in South China Seas, Aceh, Sipadan etc. can push the region into throes of crisis. A ray of hope can be seen with the emergence of ‘democracy a la Asia’, which would help the region in creating stable modes of cooperation and lead to greater convergence across issue areas.

Hence, regionalism in East Asia is at crossroads caught between the imperatives for community building and constraints of a cold war balance of power type politics. The degree of political will and mutual trust and belief amongst nations in the recent future would shape the identity and clout of East Asia in global politics.