Non-Weapon Threat to the Naxalite Peace Dialogue in India 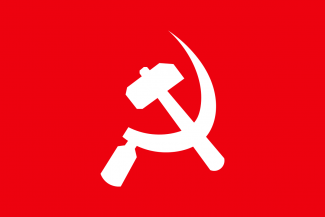 The Ministry of Home Affairs in India is in a Catch-22 situation. In the last six months, at least seven Naxalite-affected states have written to it making an unusual demand: amend the Forest Conservation Act (FCA), 1980 to curb the spread of Naxalites. But the union home ministry mandarins are helpless: the Ministry of Environment and Forests, the nodal authority for the FCA, has refused to entertain any such demands. Outside the negotiation hall of the Andhra Pradesh(AP)-Communist Party of India-Maoist (CPI-Maoist)peace dialogue held on October 15 in Hyderabad, the Forest Conservation Act has very high potential to derail this.

During this author’s interactions with several AP state government officials present in the dialogue, it emerged very prominently that the most crucial demand of the Maoist, land reform, was impossible to attend to without amendments to the FCA. The FCA restricts activities inside forests and states have to seek permission from the Centre under this act before declassification of forests. For the conservationist lobby, the FCA is a sacred cow. For the 250 million forest dwellers, it is a wolf in sheep’s clothing.

It may seem to many very unrelated an issue to be talked about in the context of the peace dialogue. Still, both the Union and state governments have off late realised the fact that Naxalites could only spread due to very restrictive and conservation-oriented forest laws. Forest laws like the FCA have made forests soulless islands thus alienating tribal people from the government. Naxalites groups have exploited this cleavage between government and people to spread in about 125 districts in 12 states. “Settlement of rights inside forest and access to forest produce are two central issues for us. The negotiation has to start and revolve around it,” said Ramakrishna, the charismatic state secretary of CPI (Maoist) who has come overground after two decades, to this author during a media briefing in the second week of October.

Orissa, already in the process of initiating direct dialogue with the Maoist, is desperately trying to put in place a land reform policy before the dialogue starts. However, as its emissary told recently, it is much easier to amend central laws like POTA or TADA than to initiate change in forest laws. The forest bureaucracy is just inaccessible and has a very arrogant protection-mentality. According to him, “Before coming face to face with the Naxalites, we need to do our home works on what we can do and what we can’t. The land settlement is proving to be very difficult. That is the reason why we need to involve the Union government very actively in the process.” As Orissa’s 50 per cent of forests are disputed and claimed by both forest and revenue departments, the state can’t even think of settlement of land rights without amendments to the FCA which has been applied to all forest areas. On September 25 the Orissa chief minister Navin Patnaik wrote to Prime Minister Manmohan Singh demanding that the Union government should take the initiative on the settlement of ownership right with tribal living in forestlands, and also to amend the FCA.

However, the apparent ignorance of the issue notwithstanding, the state and Union governments are slowly preparing the ground for a larger debate over the FCA-Naxalite interface. This debate got a fillip with the ruling United Progressive Alliance (UPA) chairperson Sonia Gandhi lending her support to the amendments to the FCA. She has recently also attributed the spread of Naxalites to the FCA-caused alienation between forest dwellers and government.

Little known to the outside world, at the September 21 meeting of the union home minister and chief ministers of Naxalite-affected states in Hyderabad, a consensus was reached that the Centre would take steps to amend the FCA so that tribal would be allowed to build houses and harvest and trade forest produce from the protected areas. The meeting also reached a consensus on speeding up forest rights settlement. It was for the second time that the state governments had put out a collective demand for amending the act earlier in 2002. The union home ministry has sent these resolutions to the environment ministry, but this time with news clippings of Sonia Gandhi’s speech asking for amendments to the FCA.

This makes one thing clear that the Maoist party has changed its strategy already. Keeping in mind the till recently crackdown by AP police, it did do brainstorming on how to spread to other areas. In 2002 it circulated a questionnaire among sympathetic intellectuals and community groups for feedback on its future agenda. Though the feedback has not been made public according to sources, forest-related issues were earmarked for future consideration. The Maoist party’s ingress to the Western Ghats in Karnataka using the eviction issue in Kudremukhe National Park is a pointer to this fact. Similarly, it taking up issues like bamboo trade-in Orissa is also a definitive symptom that in future forest issues would be significant entry point issues for the group. So rethinking the FCA is inevitable for the greater common good.