UNGA: "Countering disinformation for the promotion and protection of human rights and fundamental freedoms 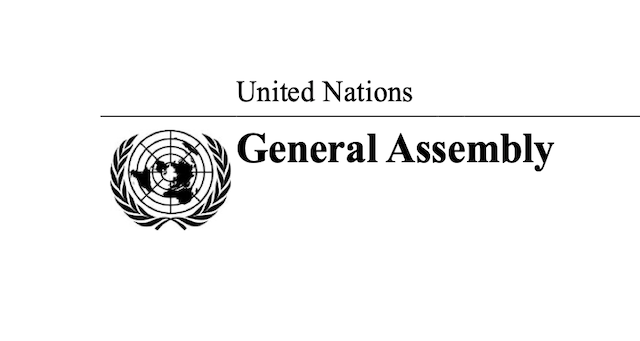 "Countering disinformation for the promotion and protection of human rights and fundamental freedoms: Report of the Secretary-General" (August 12, 2022)

Summary: The present report is submitted pursuant to General Assembly resolution 76/227. In it, the Secretary-General describes the challenges posed by disinformation and the responses to it, sets out the relevant international legal framework and discusses measures that States and technology enterprises reported to have taken to counter disinformation. The Secretary-General notes that countering the different manifestations of disinformation requires addressing underlying societal tensions, fostering respect for human rights, online and offline, and supporting a plural civic space and media landscape.

Full Text of the Document.

"Disinformation and freedom of opinion and expression during armed conflicts**: Note by the Secretary-General" (August 12, 2022)

The Secretary-General has the honour to transmit to the General Assembly the report of the Special Rapporteur on the promotion and protection of the right to freedom of opinion and expression, Irene Khan, submitted in accordance with Human Rights Council resolution 43/4.

Summary: In the present report, the Special Rapporteur on the promotion and protection of the right to freedom of opinion and expression, Irene Khan, examines the challenges that information manipulation poses to freedom of opinion and expression during armed conflict. In the report, she notes that the information environment in the digital age has become a dangerous theatre of war in which State and non-State actors, enabled by digital technology and social media, weaponize information to sow confusion, feed hate, incite violence and prolong conflict.

Emphasizing the vital importance of the right to information as a “survival right” on which people’s lives, health and safety depend, the Special Rapporteur recommends that human rights standards be reinforced alongside international humanitarian law during armed conflicts. She urges States to reaffirm their commitment to upholding freedom of opinion and expression and ensuring that action to counter disinformation, propaganda and incitement is well grounded in human rights. She recommends that social media companies align their policies and practices with human rights standards and apply them consistently across the world. She concludes by reiterating the need to build social resilience against disinformation and promote multi-stakeholder approaches that engage civil society as well as States, companies and international organizations.

Full Text of the Document.