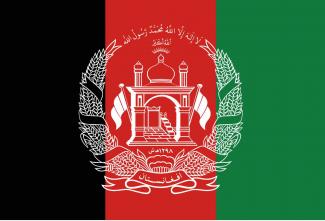 As described by critics all over the world, Afghanistan has become a very messy place to live in today. There are different views regarding the democratization process in this Islamic country. However, we cannot say that democracy is impossible in the Islamic countries of the world. First, it is wrong to pit the fortune of democracy in accordance with Islamism. A professor from Frankfurt Peace Research Institute argues that democracy is a full market with all kinds of products, and everybody can go and buy what they want. Democracy in Afghanistan can reduce the risk of conflict, maintain peace, ensure human rights and the rule of law and strengthen security in the region.

The possibility of democracy in Afghanistan was viewed as a utopia, but it can be developed according to Afghanistan’s own culture, identity and political situation. The enlargement of democracy should build on the existing system and structure, and not compete with the principles of equal participation of genders, freedom of speech and rule of law. But firstly the region definitely needs stability. The guarantee of security for the population could be maintained with the assistance of Peace Forces contributed by international organizations. If the country in conflict does not stabilize, there is no hope for democratization or community enlargement.

Today, the Taliban regime has ruined the state’s image. To stabilize the existing factors in the region, first, we must reduce the threat of the Taliban regime with the assistance of the Peace Forces. Trust must be built between the government and the victimized citizenry to diffuse the latter’s anxiety about the future.

Many Afghans believe they deserve better of everything that a democratic Afghan society has to offer and that would be shaping their future. They wish to develop and maintain gender equality, rule of law, freedom of speech and most of all a modern and equal society.

In the last 12 years, the country has made some achievements too due to the work of a few brave Afghan activists. Millions of girls have begun to go to school, and women leaders have joined the police and the civil community. Representative democracy would increase the trust of the people regarding their performance and contribution to the community. Trust will ease the democratic process and ensure the possibility of security and stabilization. Trust can be developed through various interests and powerful institutions, including service for the community and providing opportunities for citizens. Trust is a light in the democratic enlargement of the country, which very urgently needs freedom of speech, performance, participation, rule of law and human rights.

In Afghanistan, the case of democratic deficit is different from non-democratic countries. First, Afghanistan is a place where the corrupt government does not support the citizens’ rights and at the same time tries to build stabilization with the Taliban regime. Building trust in the region depends on improving governance and society to reach a satisfactory outcome. However, building trust among the population requires an entire shift in attitude. How can trust be built with limited democracy? First and foremost, the population needs to be integrated into the democratic process through training, studies, degree programs, seminars, workshops, simulations and capacity building activities. There is a need to touch the heart of possibilities in order to implement these activities to build trust.

Cultural identities and traditions may be a weak point in the process of putting into force all the activities to reach positive results. The population of Afghanistan, including women and teenage girls, should begin education in their homes. Trust could be realized through education and maintaining their culture and identity. In Afghanistan, women do not know how to support their rights in order to be effective in their participation. By overcoming this, people could professionally maintain trust among themselves. Then they will know what they want from the government for a better future and the development of society.

People don’t trust the government because it is too distant from the people. It does not know what its society wants, needs or desires. When trust is placed in government, the capacity of the government will be substantially restored. In the case of Afghanistan, the corrupt government does not deserve to be trusted. The government tries to serve private interests, not the goals of the state or public needs. This is a very deep problem. That is why trust among the population is the key to begin revolutionary activities to change the government. Trust drives home the most fundamental assumptions of political life.