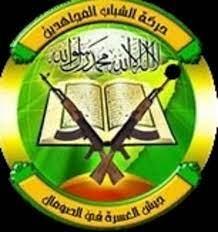 Nairobi, the capital of the African nation Kenya has witnessed one of the bloodiest terrorist events of recent times. Starting from September 21, the attack at the Westgate Mall in Nairobi which continued till September 24 resulted in more than 60 deaths and scores of people have been injured. Somali Jihadi terrorist group Al-Shabaab, an al Qaeda affiliated and a splinter of the Islamic Courts Union, (ICU) claimed responsibility for this four days long mindless mayhem.

This dastardly act has striking similarities with the Mumbai (India) terror events of November 2008 in which nearly 160 (civilians and security personnel) lost their lives and over three hundred were injured. The intensity of the Mumbai attacks was much larger in its ambit where the modus operandi of the terrorists was to kill innocent people including foreign nationals. In the case of Mumbai, there were bomb attacks on Five-star hotels, Jewish prayer hall and Railway station. It was similar in the case of Nairobi to kill foreigners, non-Muslims, and innocent civilians. Both these events were perpetrated to create havoc and panic within the hearts and minds of people.

Al-Shabaab is one of the dreaded terrorist organisations dating back to the 1990s and had its origins in Somalia. This organization follows the militant Salafi form and had its presence in Mogadishu (Somalia). The terrorist organization was funded partly by middle-eastern Somali extremists and partly by Al-Qaeda’s slain leader Osama bin Laden. The hardliners eventually joined forces with an alliance of sharia courts, known as the Islamic Courts Union (ICU), serving as its youth militia in the battle to conquer Mogadishu's rivalling warlords.

It was in 2003 the older guard split from the younger guard and the latter wanted the establishment of Greater Somalia under fundamentalist Islamic rule. The major push happened in 2006 both the split groups joined hands once again to weed out Ethiopian forces which were helping the weak Somalian government to stabilize. After the crackdown by the Ethiopian forces, the group went into neighbouring countries and took refuge in Kenya, Uganda and Ethiopia. Analysts point out; they had taken refuge in Southern Somalia and were carrying out coordinated assaults on Ethiopian forces now and then.

Al-Shabaab is not a recent phenomenon and had carried out similar operations in the past. For instance: In June 2009, it staged a suicide bombing targeting the Medina hotel in Beledweyne (Somalia), following up in December with another strike on a university graduation ceremony in Mogadishu (Somalia). In July 2010, it staged its first known transnational strike, killing 74 people watching the football World Cup in Uganda’s capital, Kampala. Last summer, 15 people were killed when terrorists hit a church in Kenya.

There may be a backgrounder to this Jihadi terrorist organisation which comes from Somalia and is said to possess 5000 fighters. As reported by, the United Nations’ Monitoring Group for Somalia and Eritrea last year. “There have been multi-national peacekeeping forces called AMISOM” (the African Union Mission in Somalia). Ever since the presence of the forces, the fissure laden group of Al-Shabaab has consolidated and caused maximum damage in Nairobi. Of late, there have been major differences between them in relation to the increasingly expanding sphere of influence of Al-Qaeda.

The manner in which they attacked Nairobi shows the coordination and execution of a terrorist operation in a professional way.  The operation continued for four days and the security forces had to bomb the shopping mall in order to exterminate the terrorists who were not ready to give up. The group of terrorists was reportedly headed by Samantha Lewthwaite who was converted to Islam and the wife of  '7/7' suicide bomber from London Jermaine Lindsay. It is said that there were some Americans too in the group of attackers along with the white widow who led the assault. The manner in which Kenyan forces had to take the help of Israeli Special Forces to clear up the shopping mall tells us the precision with which terrorists committed the dastardly act of violence by playing a cat and mouse game by concentrating the attack on one specific target. It can be said with certainty that the Al-Shabaab had massive arms and ammunition to defend against attacks directed against innocent people and Kenyan government forces.

The big change comes from 9/11 to 26/11 in the nature of terror attacks. Hereby I draw my contrasts: nowadays, terrorists are improvising every tool which is available in the structures of state to their advantage. Secondly, the terrorists are not bombing buildings and killing on a mass scale, rather prefer strategic strikes with precision and cause collateral damage. Guerilla tactics are being refined in each terror attack, which is a cause for concern for anti-terrorist experts.

The question which comes is; has the time come to re-think counter-terror operations? The root causes of terrorism are not being addressed, if Al-Shabaab is exterminated, we would have another Jihadi organisation with different nomenclature emerging and wreaking havoc. Does the origin of jihadi terrorists lie in the structural system of nature of the state in Africa which is weaker in their democratization and institutional process of evolution?

The lesson which is learnt after these terror attacks are the following. One radicalization of a homegrown terror movement in the Horn of Africa should be monitored regularly; especially funding sources need to be re-examined. Second. Structural problems in the society need to be addressed, minorities need to be mainstreamed, and this is only possible if a stable political system comes up in the Horn of African countries. Third, excessive surveillance operations need to be strengthened between London, Washington, Nairobi regarding sharing of key intelligence information and about foreigners who are part of the Al-Shabaab group.  Fourth, there needs to be a development of counter-terrorism regional grouping in the African Union countries that cooperates on the subject of Jihadi terrorism by addressing socio-economic perspectives.

Author Note
Rahul Mukand is pursuing Masters in Peace and Conflict Studies from Norway. Prior to this, he has worked as Political Advisor in the Embassy of Germany, New Delhi and as Junior Fellow at the Observer Research Foundation, New Delhi
Tags
Terrorism, SOmalia, Nairobi, Mumbai, AMISOM, Al Shabaab, Al Qaeda, Africa