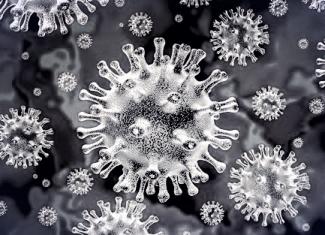 Coronavirus disease 2019 (COVID-19) is not the first disease suspected to be a bioweapon in recent times. Post 9/11 Anthrax attacks in the United States, which ended up killing five people and was an act of intentional use of anthrax spores, any subsequent disease spread gets normally suspected as a human creation. Particularly, since the Coronavirus had its origins in a country like China, the ‘conspiracy theory’ that this virus is a bioweapon has many takers. The State of China has an ‘image’ issue, for long. This is because people are not yet ready to forget China’s checkered past and incidences like China’s response to the 1989 Tiananmen Square protests are still fresh in the minds of the people.

In regards to the spread of Covid-19, two conspiracy theories are doing rounds. There are some politicians in the United States (US) who have expressed a view that the Coronavirus was bioengineered in a Chinese lab. To counter this view, some Chinese officials have mentioned that the US agencies’ have bioengineered the virus. President Trump is continuing with his rhetoric that Corona is a Chinese virus. But, today no one is taking this President seriously who has announced that the US would get over this threat within the next three weeks, while the WHO is claiming that the US is going to be the next Covid-19 epicentre. By and large, none of these conspiracy theories have found much of traction in public mind. This is probably because the nature of this threat is so severe that today the world has moved much beyond petty politics and is only thinking about the ways to save human lives.

The use of viruses as a weapon has a long history. Historical records indicate that during the war fought in North America between France and England (1754-1767), both the sides had Indian troops. An English General, Sir Jeffery Amherst, is known to have secretly provided the Indians loyal to the French with blankets infected with smallpox virus. Japan is known to have made a significant amount of investments in the biological warfare programme during the Second World War period. Unit 731 was majorly involved in this programme. They are known to have performed many experiments by infecting the human targets with the viruses from 1932-1945. They were essentially working on the biological warfare agents like botulism and anthrax. Japanese were probably also responsible for the 1940 Plague Epidemic in China and Manchuria. They had used low-flying aircraft to drop plague-infected fleas over China.

In recent history, the most famous incidence of bio-attack is the 1984 Rajneesh attack. During that period Rajneesh cult was operating from Oregon in the US. Some of its members had deliberately contaminated the salad bars at 10 local restaurants with Salmonella. This led to the food poisoning of 751 individuals. This attack had not resulted in any death and also that was not the purpose. This act was carried out to stop the people from a particular locality to go for voting in the local elections in which few Rajneesh cult members were also the candidates.

In regards to COVID-19, there is also a view that the main reason for the disease spread could be due to an accidental release from a laboratory in Wuhan province, where scientists were studying bat coronaviruses. Actually, at this point in time, it would be difficult to exactly claim what had led to the spread of this virus. There are three options getting discussed: natural outbreak, accidental release from the laboratory and intentional biological attack (either by China or by the US). People are found mainly fixing their views based on personal opinions, political positions, and scientific understanding. Even for the scientific community to undertake a systematic and logical analysis at this point in time looks difficult owing to the data limitations.

It is a reality that the location of virus origin was in China and the region of Wuhan is problematic even for the non-conspiracy theorists. As per some reports, the Wuhan Center for Disease Control and Prevention is located just 280 meters from the Hunan Seafood Market. Many claim this market as the source of the original outbreak. There is a biosafety level-four (BSL-4) laboratory situated in Wuhan. At present, such a facility is the most high-ranking facility available globally. Only in the facilities like this, which maintain the highest level of security, the research could be carried out on dangerous potentially life-threatening agents. Some Coronaviruses related research was probably happening in this facility. However, there is no direct evidence to conclude that the virus could have jumped from the laboratory. Scientists by comparing the available genome sequence data for known Coronavirus strains have concluded that the virus has originated through natural processes only.

The Spike Protein of Coronavirus is found on the surface of the virus and allows the virus to bind to specific receptors on the surface of the human cell. This is considered as the first step towards infecting the cell. After the recent infections in Wuhan, scientists have found that the type of binding witnessed could happen only as the result of natural selection and not as the product of intentional genetic engineering. Also, the molecular structure of the virus is copybook and not bioengineered. Hence, there is a general acceptance by many experts that the disease outbreak has happened naturally.

At present, the focus of the entire world has been towards identifying a correct treatment for this disease and also towards the development of a vaccine. This is the need of the hour and any breakthrough in this regard would help to save many lives. However, it is also important to know about the exact origins of the pandemic, as the knowledge of virus transmission from animals to humans is important to understand, to avoid the risk of future re-emergence events.