Democracy in Nepal: Issues and Challenges 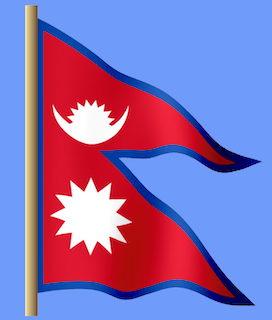 Democracy is the most widely admired political system, but perhaps the most difficult to maintain. Democracy begins with excellent objectives in human governance with unquestionable intensions to impart freedom from injustice and social exclusion. It is characterised as a system in which expectations are raised because people identify themselves with the polity. There has been a greater urge for opening up the space for participation and competition in a state like Nepal which had a long history of monarchical domination.

Nepal’s democracy is in its embryonic stage which faces several challenges from various fronts. However, it would be too early for Nepal to anticipate a nearly perfect democracy as democracy is self-learning and self-correcting system that requires longer exercise as well as commitment and sincerity of people. With the promulgation of an Interim Constitution in Nepal, the latest wave of democracy now appears to effectively institutionalise democracy at all levels and achieve sustainable peace, coupled with the implementation of a visionary sustainable development agenda. But, the leaders have an uphill task to make the roots of democracy go deep into the fabric of Nepal’s social system.

As Nepal being traditional and pluralistic society, the participation of different minority groups in governance and decision-making process becomes an important aspect in this direction. A few caste groups exercise excessive domination in all important spheres of national life. Hence, it has become imperative that major reforms in political institutions must be carried out in view of the inclusion of marginalised ethnic groups proportionately in the political process. There is a need to initiate radical reform in the state structures towards achieving a more equitable and just society and inclusive democracy. The state should address century-old social problems like injustice, inequalities and discriminations based on class, caste, sex, ethnicity and geography. Without abolishing these inhumane pathogenic characteristics of Nepalese society, thinking a democratic Nepal is meaningless.

The role of the monarchy is another significant issue. No one can doubt the power and influence of the monarchy over the Nepali people. However, history shows that democracy and the role of the monarchy in Nepal have become contradictory and hostile to each other. Now, on the question of the rationale of the monarchy the disagreement persists among the masses, which must be addressed properly. Similarly, the democratization of the Nepalese Army is another important task to be tackled. Apart from this, to decide the mode of devolution and demobilisation and decommissioning of the Maoist cadre and reintegration of the politically trained Peoples Liberation Army (PLA) with the national army will be a most challenging aspect of democracy in Nepal.

Despite the fact that political parties are the backbone of multi-party democracy, in Nepal; the people have accused the leaders of political parties of constant erosion of democratic norms and values. In the past, political parties were responsible for political instability. There has been increasing erosion of public trust in political parties which are mostly power-oriented. Intense power struggles, rampant corruption, favouritism and nepotism, monopoly and abuse of power are some fundamental challenges which need to be addressed for strengthening democratic ethos in Nepal.

The rising expectation of the people and the international community is also a serious challenge before the democratic government. With the first step to end the old order, the state has to implement a sustainable economic agenda that addresses widespread poverty and massive unemployment, severely skewed resource distribution patterns and centrally controlled planning and resource allocation system of development.

Last but not the least, demilitarization of Maoists is another worrying factor in democratic consolidation. The commitment of Maoists to come in open and competitive multi-party politics is a significant development. But the most challenging task is to get the Maoists to give up their arms. The Maoists have to be kept in line so that the Constituent Assembly election takes place in an atmosphere free of intimidation. Maoists have to manage anger and frustration of his gun-wielding cadre, mostly from ethnic groups, who are feeling misled.

Though interim parliament is certainly a good beginning, strengthening of democracy depends on the sufficient flexibility and willingness of leaders to work together. The civil society groups, political parties and media have a significant role to play in making certain sense of democratic values and behaviour amongst all citizens. If the forces of the country want democracy, they have to become active to create a national consensus showing probity, flexibility and learning from the past weaknesses and avoiding blame and counter blame. There is a need to address the root causes of crises and to develop confidence. Hopefully, the future of democracy in Nepal depends on how the Maoists work on the ground.