End(uring) of Militancy in Sri Lanka: The Rudiments of Striking Back 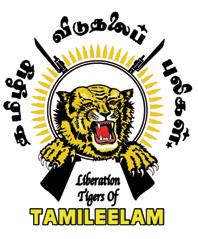 The Liberation Tigers of Tamil Eelam (LTTE), which has been involved in the armed struggle with the Sri Lankan government since 1983, has now lost many of its senior cadres and strategic hideouts to the Sri Lankan military. For the first time, questions have been raised internationally on the future of Eelam movement under the Rajapakse's military doctrine. Despite the Sri Lankan military success, the LTTE could still stunningly make its presence felt by its active sympathisers worldwide and probably resorting to more suicide strikes at the same time.

By all reckoning, the sense of relative deprivation and discrimination are the underlying factors behind militancy that has manifested in Tamilian ethno-nationalism. Alleged partisan state apparatus evolved during the years has protected majority Sinhalese at the cost of minority interests. In consequence, during the mid-1980s, militant movements started to emerge. Initially, though they were active, the problem of leadership, manpower, finance or internal rivalry weakened them and made them disappear. They also pitted against each other for power and in the process vanished. But, the LTTE has surpassed such hurdles and became a paramount force, demanding separation. Over the decades, it remained in-exhaustive and pioneered the militant movement.

Militancy and its causes have gained more attention in the literature than the factors which sustain a group's violence or its decline. There exists a close link between the priories: the factors that give rise to militancy and its sustenance thereafter. In comparison to other organizations, militant groups resulting from ethnic conflicts have sustained for long. They face many setbacks and are also subject to internal divisions but, in contrast, they constantly thrive on nationalistic tendencies and with the support of masses. Beside the nationalistic anchor, the structure of the group, its resource base and its international network have played a major role in their endurance.

More importantly, strong structural conditions-leadership, ideology, nature of its cadres, organizational setup and operational methods are important factors for the survival of the militant organization. Any organization based on ethnicity cannot be easily diverted from its war mentality. The organization of LTTE has a charismatic and committed leader. The political strategies and military tactics adopted by the leader have made the organization powerful. The cadres of LTTE show great dedication to the cause. The doctrine of martyrdom and self-sacrifice made LTTE an effective organization. One of the reasons for the LTTE's success is its strong sense of secrecy.

Second, an important imperative for a movement to sustain is the availability of resources- adequate manpower. In an ethnic conflict, militant groups have the advantage of obtaining automatic support from the ethnic community. The survival of militant groups is also achieved by good financial planning. Militancy could thrive in Sri Lanka because of this well-built and powerful material base. A group's requirements are met by funds collected from the people or through drug trafficking, money laundering, etc. Contributions from diaspora constitute an important source in this regard. When the intensity of a conflict is high at home, it leads to mass internal displacement. The common ethnic communities outside the country are mobilized by the militants for funds and propaganda. The LTTE has abundant financial resources that are accumulated by means of extortion, taxation, funds from the diaspora. Sri Lankan Tamil diaspora, in the wake of recent rigorous Sri Lankan military attacks, is engaged in an intensive international campaign, organizing mass protests, hunger strikes, human chains and public meetings condemning the actions of Sri Lankan government. Not only among the Sri Lankan Tamil expatriates, the external and renewed support to the LTTE also figured among various sections of neighbouring Indian Tamils. External support is one of the decisive factors for the success of any militancy in the world. The geographical proximity of south India has always been a benefiting factor to the LTTE movement in Sri Lanka.

Third, the transnational support structure is an important characteristic of many contemporary militant groups. Their infrastructure at home can be easily detected and disrupted. But, as the present-day militants operate internationally, it is difficult for the concerned governments to destroy their international network. The globalised world has facilitated the easy mobility of LTTE in the world. They could swiftly carry out their international activities of fundraising, propaganda and weapon procurement. The LTTE could expand internationally by making investments in huge businesses, especially in the West, where significant Tamil diaspora has settled properly. The contributions of diaspora and revenue generated from international trade, enterprises and investments proved a great advantage to the Tamil Tiger movement in Sri Lanka.

Fourth, militancy becomes tough to handle because of the inter-linkages among different militant groups. The solidarity of the insurgents of the world to the LTTE's movement and their reliability on each other militarily, financially and ideologically gives strength to carry out their operations more efficiently.

An overview of the sustenance of LTTE clearly indicates that it is firmly based on certain values which have their roots in ethnic identity. The cadre of LTTE structure, being drawn from uniform ethnic group, has shown more prospects of survival. Its leadership is centralised and based on a strong and rigid structure. Moreover, these advantages coupled with its ruthless policies and modern facilities further helped its sustenance.

The ethnic conflict, which had taken serious dimension with the rise of militancy in Sri Lanka, has caused enough violence and bloodshed. But the ethnic factor that sustained the militant movement is still being ignored by the Sri Lankan state. If discrimination of a particular ethnic group in the socio-political realms is nurtured, it bound to generate fear complex and sense of deprivation. The strategy of containing the LTTE should be guided by genuine redressal of grievances of the minorities. Only when the Sri Lankan state gives due respect to the rights of all people, it can restore real peace in the island. Otherwise, it will even lose the support and cooperation from the non-LTTE Tamil groups, and the nation may experience the Sisyphus.