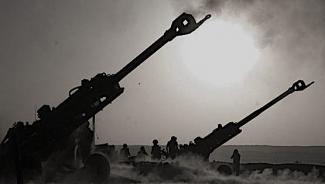 Post Bofors, there has been a reasonable ‘self-reliance’ attempt in Indian defence. To validate this assertion, let’s put it to a fundamental test—the ever-growing artillery.

Big-ticket arms purchases by a state like India are more about politics than economics and technology, while it should be the other way round. Four interrelated dynamics are always at play: (a) security forces are the end-users; (b) although end-users define their necessities, their role effectively ends after technical evaluation of the product they want; (c) bureaucratic mechanisms take over from technical evaluation and decide what is good, reasonable and purse-compatible, under the garb of commercial negotiations; and (d) contemporary political dispensation has the final word.

Such is the unfathomable nature of arms deals that it can end up at a point that is desirable for the state and undesirable for forces. Has this happened in the case of artillery acquisitions, considered one of the most urgent requirements in both peace and conflict times, by the Army? To validate this assertion, let’s put it to a fundamental test—the ever-growing artillery systems need of the Army.

Varying geological (altitude, terrain, etc) and geostrategic (adversaries situated along such conditions with disputed territories and small nations in between) reasons necessitate possession of a variety of artillery systems. Such systems can be different variants (wheeled, tracked, lightweight, long-range) or of different types (howitzers, heavy guns, field guns, self-propelled, multiple rocket launchers) or of different calibres with varying ranges.

Such systems, unless improvised or modified, fall under third-generation military systems. Recent ones like improvised Haubis HF/77/B (Dhanush howitzer) or M-777 Howitzers (in the process of acquisition by Army) or K-9 Thunder (L&T and Hanwa JV’s K-9 VAJRA T offered to the Army) reflect contemporary features. Most such systems are of foreign origin and modified to suit Indian requirements. All systems—mortars, field, self-propelled and rocket—cumulatively constitute close to 40% of Indian Army’s arsenal, with the Artillery Regiment considered second-most important wing of the Army—Rs 8,000 crore of acquisitions per annum planned for this category alone.

Unfortunately, due to delays, cancelled tenders, internecine battle between acquisition, civil bureaucratic, government-owned and privately-held producers (including foreign OEMs), the number required for different types of artillery systems has gone up substantially in the last two decades. This has seriously impacted combat capacities of the Army. India procured 410 Bofors systems between 1986-91; the contract ran into troubles due to charges of corruption, which led to the downfall of the government.

By the 2000s, the Army’s existing requirements hadn’t been met, primarily because of the scandal that led to fear-induced indecision. By 2018, more than a decade of efforts sandwiched between scrapped tenders and indigenous attempts led to a situation where one indigenous system Dhanush, an improvised design on Bofors manufactured by OFB, is pitted against a foreign system—M-777 made by BAe and K-9 VAJRA T made by L&T and Hanwa JV. All three systems are in the same category (155mm howitzer).

India has ordered 145 M-777s, placed an order for 120 Dhanush (expected to replace the Bofors inventory) and 100 VAJRA (with possible additional purchase of another 50). Artillery acquisition by the Army has thus far shown three traits: (a) from a single vendor situation in the past, it has embraced competition; (b) orders of different numbers are at least flowing in, unlike attempts in previous decades; and (c) competition for the lucrative $10 billion howitzer market has emboldened Indian companies like Tata, L&T and Bharat Forge to aspire for a slice in the market.

It is also important to note that while big-ticket purchase of large systems are yet to create a local competition, the artillery market has at least witnessed a reasonable degree of self-reliance attempt. What is further interesting is the fact that the competition is between indigenous (OFB), part indigenous and part collaborative (L&T Hanwa) and foreign OEM—a scenario that could lead to any possible direction—fair play or spat between producers.

It is difficult to assume whether the ghost of Bofors has finally gone or not, but suffice to argue that a complex yet competitive scenario is emerging in the Indian artillery market that has at least expanded the scope for multiple choices for the Army. Indecision, delays or institutional clashes can only mar such an emerging scenario in Indian military scientific industrial complex.

Author Note
Deba Mohanty is the Founding Member and Vice President, Society for the Study of Peace and Conflict, New Delhi.
Tags