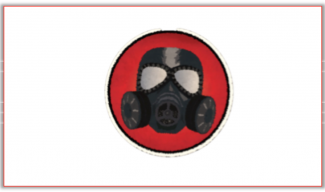 For years, Japan is known as technologically most advanced country in the world. However, even this country has not been free from cultural and religious fundamentalism and fanaticism.

During 1980s, a person calling himself as Shoko Asahara had formed a religious cult called Aum Shinrikyo ("supreme truth"), who had a support of many followers. He gained credibility by appearing on TV and on magazine covers. His claim to fame was his so-called ability to take others' sins upon himself. He also claimed that he could transfer spiritual power to his followers (had at least 10,000 members at its peak). He also moved towards claiming dark conspiracies everywhere by people from different religions and various royal families in the world.

He sketched a doomsday prophecy, like a third World War, and described a final conflict culminating in a nuclear Armageddon (a dramatic and catastrophic conflict, likely to destroy the world or the human race). He made his supporters believe that under such a scenario, only they would survive. Actually, he even preached the necessity of Armageddon for "human relief". He started conducting terrorist attacks with some vague idea of beginning a process to finish humanity except his followers.

As weapons of mass murder, he started investing heavily in biological and chemical weapons. Aum Shinrikyo members perpetrated a mass murder in Matsumoto City in 1994, where they used Sarin as a chemical weapon to poison approximately 500 civilians, seven deaths were reported. On March 20, 1995, members of Aum Shinrikyo attacked the Tokyo subway with the nerve gas Sarin. Thirteen people died and around 6,000 more suffered from related ill-effects. For the brazen acts of terrorism and mass murder, Shoko Asahara was executed by hanging on July 6, 2018, at the Tokyo Detention House, 23 years after the Sarin gas attack, along with six other cult members. Twenty days later, on July 26, six remaining members of the cult on death row were executed. Some parts of Japan were kept on high alert during that period, since even today Shoko Asahara has some followers. His followers are known to have spread globally apart from Japan; particularly, in states which were the part of former Soviet Union. During 2016, police in Russia had conducted a number of raids on alleged cult members in Moscow and St Petersburg.

The Japanese gove rnment had conducted a very detailed investigation of Tokyo subway attack and in fact much before the recent death sentences, from 2005 to 2011, 13 of Aum Shinrikyo senior members were sentenced to death. Aum Shinrikyo leaders are known to have obtained the idea to use Sarin from a Bulgarian book, “The Story of Poisons” (Authored by Vachivarov D, Nedelchef), which was translated into Japanese by Yamazaki K, Kawanami in 1988. Highly educated people were attracted towards the philosophy of Shoko Asahara and one of his disciples was a brilliant chemist, who actually is known to have worked from scratch and ended up producing 30 kg of Sarin in the lab. Apart from chemical weapons, this group is also known to have worked on biological weapons too. Luckily, they were not able to get much of a success in their efforts. They experimented with the Botulinum toxin, one of the most toxic poisons, but failed to achieve much. Another biological warfare agent produced by them was the bacterium of Bacillus Anthrax. The choice of person made by Shoko Asahara to this experimentation was possibly not correct. This scientist did not know anything about bacteriology since he was a virologist. Members of the cult are also known to have made several failed attempts to release hydrogen cyanide in various stations.

Today, discussing the execution of Shoko Asahara is not only relevant from the historical perspective, but it is important to keep the debate alive on this subject since the threat from chemical weapons still exists. For centuries, human ingenuity is known to have turned natural and synthetic poisons into weapons of war. Agents like phosgene, chlorine, and mustard gas are known to have been developed into chemical weapons. In recent history, the First World War (1914-1918) saw significant amount of usage of chemical weapons and even today, such weapons have been found to be used in Syrian theatre since 2012 and the last attack by using these weapons happened during April 2018 (at Douma, killing at least 42 people).

There is a United Nations backed Chemical Weapons Convention which is in place since 1992 and is considered as one of the most successful conventions with almost all the states in the world (including Syria) signatories to his convention. As per this convention, no states are supposed to hold any chemical weapons with them. While signing this accord only around eight to nine states had declared possession of chemical weapons with them. Today, the US is the only country which is yet to finish the total destruction of their old weapon stockpiles (the process is on).

For all these years apart from the attack by Aum Shinrikyo, a smaller number of chemical terrorism attacks has taken place. However, this does not guaranty that such attacks would not happen in future. The recent hanging of the culprits’ of 1995 attack and the use of chemical weapons in Syria reminds us that the possibility of doomed day scenario owing to large-scale chemical weapons attack may not exist anymore, still the world cannot be declared free from the threat of chemical weapons.