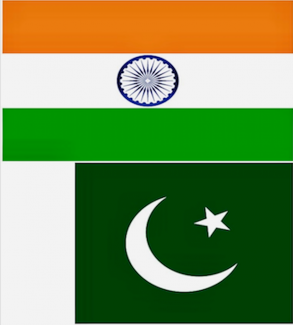 In April 2018, after a long hiatus, the Neemrana Dialogue was resumed. It is the longest running Track-II initiative between India and Pakistan and the first engagement between the two sides under this initiative was held nearly three decades ago in 1991-92. At the military level, the first ever high-level contact group from Pakistan headed by Lieutenant General Aamir Riaz visited India, and the Indian military attaché in Islamabad and his team was invited to attend the Pakistan Day military parade.

These developments are both symbolic and substantive in the present context, as it clearly signifies g the intentions of the political leaderships of both sides to resume engagement; but these certainly fall short of the structured 10-point Comprehensive Bilateral Dialogue (CBD) started in 1997, including discussions on terrorism against India emanating from Pakistani soil.

The Indian media has noted that both sides chose not to make official statements on Neemrana Dialogue. But it is fair to infer that a report of the Dialogue would surely have been sent to the Ministry of External Affairs in Delhi. Apparently, during the meeting, the two sides discussed a number of issues, including the situation in Kashmir, Siachen, terrorism, cross-border firing and also demarcation of the Sir Creek. These issues have been on the menu of a number of bilateral discussions for a long time, and the matter of Sir Creek has often been characterized as a “low hanging fruit”. It has been put to the backburner due to more pressing, serious and contentious issues such as cross-border terrorism and Siachen.

The Sir Creek dispute involves a 96 km stretch of water in the Rann of Kutch marshlands and the last survey of the area was conducted in January 2007 with the aim to delimitate the International Maritime Boundary between India and Pakistan. It was hoped that the survey would not only facilitate settlement of the boundary dispute but would also help resolve the technical issues such as determining the outermost points of coastlines of both countries and using the equidistance method as the principle for demarcation of the Sir Creek. However, neither objective was obtained. Several interactions and engagements between the two protagonists over the Sir Creek led by the government functionaries, bureaucrats, Surveyor Generals, and Chief Hydrographers of either side have been the feature of these discussions, but no resolution could be obtained.

There are at least three compelling reasons for India and Pakistan to give priority to the Sir Creek boundary issue within the ecology-environment-economy matrix. First, according to a recent marine scientific study, the 70,000 square mile Gulf of Oman was found to be oxygen-starved and has been assessed as the world’s largest “dead zone”or Oxygen Minimum Zone (OMZ) raising fears of an impending ecological disaster in the North Arabian Sea.

The “dead zones” occur between 200 and 800 meters depth and only a few marine organisms can survive in this area. This is due to the fact that absence or low level of oxygen results in nitrogen cycle being altered, thereby “naturally producing more nitrous oxide, which has a greenhouse effect roughly 300 times worse than carbon dioxide”.

Ironically, the dead zone in the Gulf of Oman could not be discovered earlier (last survey of the area was in the 1990s) because of “the region's political instability and the threat of ocean piracy”. One of the researchers of the marine scientific expedition has cautioned that dead zones at sea are a “real environmental problem, with dire consequences for humans, too, who rely on the oceans for food and employment,”

The India-Pakistan-Iran-Oman- maritime crescent in the north Arabian Sea, in large parts, is rich in marine biodiversity and resources such as fish, shellfish, reptiles, mammals, birds, coral reefs, aquatic plants and mangroves. The region also has ‘periodic high plankton production in the coastal waters, which is followed by high fish production’. A large population living in the coastal areas is dependent on the sea for their livelihood and food, which has strained the marine resources due to over-exploitation.

Second, the Blue Economy debate, which is slowly finding reference in the national maritime thinking, and an article titled ‘Pakistan’s “Blue Economy” Potential and Prospects’ has observed that the seas offer a number of opportunities for economic development, that the Pakistani government should focus on this ‘untapped maritime potential’ of the country, and ‘turn from a brown economy to Blue Economy’. The article also states that Pakistan should proactively pursue key areas such as (a) port infrastructure, including the associated rail and road systems; (b) the fisheries sector and best practices for sustainable development; (c) stringent regulations to control marine pollution and check illegal fishing; and (d) quality human resource for seafaring duties on international shipping.

Similarly, in the Indian context, the national leadership has chosen to place the oceans on ‘high agenda’ for economic development. The concept of Blue Economy has resonated with Prime Minister Narendra Modi’s vision and he has on a number of occasions at the national and international levels, promoted the idea of Security and Growth for All in the Region (SAGAR). He has also endorsed it as a new pillar of economic activity through sustainable use of the oceanic resources.

Third, the impact of climate change and the consequent sea level rise has been an issue of international concern. The phenomenon is increasingly being recognized as a ‘threat multiplier’. It has been argued that by “re-framing the Sir Creek dispute” and using “ecology-first approach” can potentially result in mutual trust and given the ecological sensitivity of the region, joint conservation programs could help make “demarcation less biting”. This would necessitate invoking a number of provisions contained in the UN Convention on Biological Diversity (CBD) as well as the Ramsar Convention on the Protection of Wetlands.

It is true that the health of the oceans across the globe has witnessed a steady deterioration and evidence suggests that anthropogenic pressures and human interference are at the heart of the problem responsible for the poor state of the oceans.  Further, the marine habitat is at grave risk particularly in the near shore waters which have a high population density, regular sedimentation, and illegal, unregulated and unreported fishing which impacts on the marine environment. Another issue related to the rapid degradation of the marine eco-system is the discharge from the rivers that drain into the sea contains high toxic and chemical pollutants. This further adds to the existing water pollution problem.

However, lack of study and data for analysis to understand the health of the marine habitat is at present the major cause of concern. In the context of the Sir Creek, the overriding security reasons have precluded monitoring of the area by environmental agencies. Thus little is known about the ecological conditions in the north Arabian Sea and the state of oxygen-depletion in the Sir Creek given its maritime contiguity with the already polluted Gulf of Oman. This is a serious matter and calls for urgent attention from the decision-makers of both India and Pakistan.

The Sir Creek maritime boundary disputes between India and Pakistan has precluded cooperation on developing a framework for joint/cooperative development of marine resources in a sustainable manner. The political leadership in New Delhi and Islamabad are committed to Sustainable Development Goals 2030, and both states are keen to harness the potential and engage in the sustainable development of living and non-living resources of the seas to advance economic growth and enhance human security.

In the latter context, it is fair to argue that Sir Creek can potentially be designated as a marine protected area and can serve as a confidence-building measure between India and Pakistan. For that, it is important to explore joint marine biodiversity research of the Sir Creek which will help determine if the area is also oxygen starved and heading towards being designated as “dead-zone”.

[The article is originally published in 'Defence & Strategic Review', May - Jun 2018]