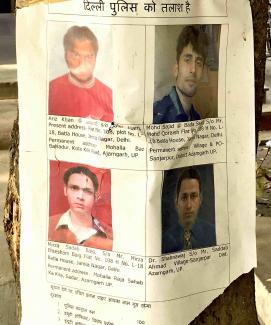 ‘There is no such thing as good or bad terrorism.’ This statement is often repeated easily but seldom put into practice by the western world in its fight against terrorism.  The policies to deal with the terrorist acts are different when one analyzes the strategies of the western countries and South Asia. Soon after the attacks of 9/11, the US declared war against Iraq and Afghanistan. Similarly, when Paris was attacked on 13/11, Francios Hollande declared that France is at war with ISIS. However, when 26/11 happened, India stopped its diplomatic links with Pakistan, which is believed to be involved in this terrorist strike that killed approximately 160 people. The moot question is: why has India refrained from carrying out massive bombings against the terrorist outfits operating from Pakistan despite being a victim of terrorist activities since independence?

The reason is a difference in strategic and political calculations of western and South Asian countries which result in different kinds of policies. The first main difference between western and South Asian terrorist activities is that terrorist activities in western countries are sponsored mainly by non-nuclear underdeveloped nations like Syria, Iraq or Afghanistan. These nations do not even have proper conventional capabilities to stand against the western powers like the US and France. On the other hand, India is faced by a nuclear neighbour that is continuously sponsoring terrorist activities. To make matters worse, Pakistan has tactical nuclear weapons which are designed mainly to deal with India’s ‘cold war doctrine.’ Besides, Pakistan has good technological and conventional capability to face India, at least in limited conventional warfare. Consider this for instance: India tried to give military warnings to Pakistan after the 26/11 attacks.

However, it later escalated into a nuclear weapons threat by Pakistan leading to India’s withdrawal. It is important to note that Pakistan has taken pride in developing the ‘first Muslim bomb,’ and therefore will gather the support of all Muslim countries if any attempt is made to target its nuclear weapons by India or by western countries. Secondly, even the smallest terrorist activities carried out in western countries are considered as a criminal and heinous acts demanding punishment from the side of allies. On the other hand, the terrorist activities carried out in India are labelled as a movement by ‘freedom fighters’ who are struggling to free Kashmir from Indian hands. This is one of the reasons that India failed to get international support against terrorist activities before 9/11. Thirdly, countries like Iraq, Afghanistan and Syria have no special place in the strategic calculations of western countries. These countries only have oil, which the western countries could extract even after attacking them. On the other hand, Pakistan has played an important role in the US-led war against Afghanistan by providing bases to the US army. Pakistan is important for western countries because of geographical reasons.  It shares borders with Iran, Afghanistan, India and China making it an important country in the western strategic impetus. The US thus refrained from taking strong military actions against Pakistan even when Osama Bin Laden was found under the ‘safe sanctuaries’ of Pakistan. Fourthly, countries like Iraq, Syria or Afghanistan are sponsoring terrorist activities without being victimized themselves. The loss of civilian life in these countries is mainly due to western interference, which later escalated into conditions similar to civil war. On the other hand, Pakistan has depicted itself as a victim of terrorist activities inside its own country as reflected by the Peshawar attacks.

This has resulted in international sympathy towards Pakistan making it more difficult for India to take military actions against Pakistan despite having all the proof and dossiers against it. However, what has been overlooked is the fact that there are two terrorist organizations in Pakistan- one acting against the government and one working along with the government. Fifthly, the common enemy (India) factor for Pakistan and China has resulted in a declaration by China that ‘Pakistan is an all-weather friend of China,’ thereby making any military action against Pakistan much more difficult.

These factors have made Pakistan a ‘special state’ in terms of taking action against states sponsoring terrorism. The question is should India continue its tolerant stance against Pakistan or behave according to its western counterparts? The answer lies in bringing about the same rules and regulations so that those states sponsoring terrorist activities are appropriately punished. The lives of South Asian people are no less important than those of westerners. It is high time India changed its policies towards Pakistan too. Here, two steps are of utmost importance. Firstly, India should develop strong conventional and nuclear means similar to the US, like EPW or bunker busters, while dealing with the nuclear threat from Pakistan. Once the country is military and economically strong, it could take strong actions against its adversaries despite facing international criticism. For example, the US has handled criticisms against it from its allies quite well while carrying out attacks in Iraq and Afghanistan. Secondly, India should ensure that its voice is heard in international forums whenever faced with such terrorist activities and should use diplomatic channels to muster the support of western countries in case of any terrorist activities sponsored by Pakistan. It is high time the international community employs and practised the saying that ‘there is no such thing as good and bad terrorism.’ Terrorism is a criminal and heinous act which demands strong military and diplomatic actions whether in South Asia or in any western country.