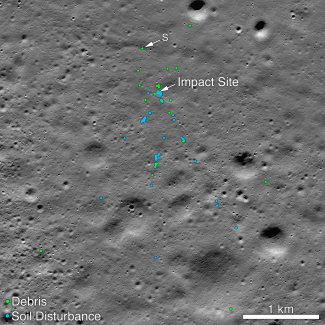 There are three characters to this story. One is Vikram, the other is Vetal (the Revenant) and the third is ISRO. Vetal is a mythological character that is associated with the evil spirit. As per the original story, it is Vikram who tries to capture the Vetal who in turn tells a story to Vikram that ends with a riddle. However, in this story, the onus is on ISRO to give the correct answer to the riddle, which is about the status of Vikram on the surface of the moon. Here Vetal is the fear of ISRO to accept failures upfront. Unfortunately, ISRO appears to be dwindling to answer this question satisfactorily. As per the original story, if Vikram knows the answer, but still keeps quiet, then his head is to burst into thousand pieces. In this story, by not giving clarity about the exact status of Vikram, the ‘repute’ of ISRO is bursting into pieces.

India’s second mission to the moon called Chandrayaan 2 was launched on July 22, 2019. This mission had two major components, an orbiter or a satellite to revolve in the vicinity of the moon and a lander (Vikram) and rover (Pragyan) system to operate on the moon’s surface for a limited period of time. Presently, the orbiter is functioning smoothly and is expected to operate for almost seven years. However, on 07 September 2019, the lander Vikram with the rover in its belly failed to land as desired. So far, the only fact known about Vikram is that it did a hard landing on the moon surface and there was a loss of communication.

Come early December, NASA has come out with photographic evidence about the debris created, owing to the hard landing of  Vikram. Its Lunar Reconnaissance Orbiter Camera (LROC) team released the first mosaic (acquired on Sept 17) of the site on September 26. It is obvious that many in the world must have analysed this image, but it was the Chennai-based engineer Shanmuga Subramanian who identified the location of debris some 600 km from the South Pole of the moon and intimated NASA accordingly. NASA reconfirmed the correctness of this evidence from the image sequences acquired on October 14 and 15, and again on November 11. Subsequently, after undertaking a proper analysis, NASA announced this finding.

Interestingly, ISRO is keeping itself away from these findings and has said that its own orbiter had located the Vikram lander long time back. There was some information that ISRO received a thermal image about the location of Vikram on the moon surface. The comment on the ISRO website dated September 10, 2019, mentions that ‘Vikram lander has been located by the orbiter, but no communication with it yet. All possible efforts are being made to establish communication with lander’. It is unknown what sort of communication ISRO was expecting when lander Vikram has disintegrated into pieces already!

In reality, NASA too had some stakes in this mission. The Vikram Lander was carrying a NASA experiment on-board called the 'Laser Retro-reflector Array'. Thus given NASA’s reputation, its long association with ISRO and more so it is a part of the Chandrayaan 2 mission, it is baffling why ISRO is not taking any cognizance of the new NASA findings. All we know from ISRO is that ‘during the second phase of descent, the reduction in velocity was more than the designed value and due to this deviation, the initial conditions at the start of the fine braking phase were beyond the designed parameters leading to the hard landing.’

Chandrayaan 2 mission had captured the imagination of the entire country. India is grateful to ISRO for running a very successful space programme which plays an extremely important role in the socio-economic development of the country. During Chandrayaan 2, it came very close to land the Vikram on the moon surface and that was an amazing feat. The entire country lauded the ISRO team for their efforts. However, it appears that post this setback, ISRO has gone into a shell insofar as this mission is concerned. Normally, ISRO makes failure analysis reports for their various unsuccessful/partially successful missions public, but this has not happened in the case of Vikram. More so, about the hard landing of Vikram, no satellite imagery evidence has been provided.

ISRO has been irrationally justifying the outcome of the Chandrayaan 2 mission as a 98% success! In this case, just because the orbiter is working perfectly, it does not mean that the mission has become that successful. ISRO should get out of the syndrome of unnecessarily trying to justify the success percentage of the mission, it is all relative. Such quantification of success is highly unreasonable and unscientific. It is high time that ISRO threw away the so-called Vetal from its back, which it has been unnecessarily carrying post-Chandrayaan 2 mission disappointment.