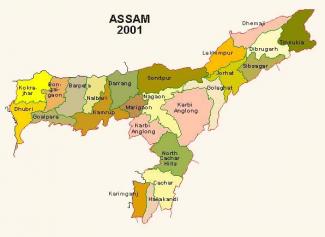 Post-third round of talks, a number of events have put the peace process in peril, if not throwing it off its tracks altogether. To begin with, the ULFA issued an extortion note to the regional director of the RBI (Reserve Bank of India) in Guwahati asking for a sum of Rs 15 lakh. The Union government has asked the ULFA to desist from such “pinpricks” in the interests of peace. However, extortion demand is not unprecedented. Earlier in January this year, the ULFA had slapped an extortion note of Rs 500 crores on the ONGC (Oil & Natural Gas Commission).

On 11 and 12 July, two ULFA cadres were killed in Nalbari and four hardcore ULFA cadres were killed in the East Garo Hills of Meghalaya in encounters with security forces. Following the killing of the six ULFA cadres, the People’s Committee for Peace Initiative in Assam (PCPI) - a platform of 21 organizations- called for a 12-hour State-wide strike (bandh) on 14 July. The protest, however, passed off peacefully with no major incidents of violence being reported from anywhere in the State. On 17 July, the PCPI had also called for a railway line and national highway blockade.

The last thing the people of Assam want at this stage is a renewed spiral of violence. Prior to the third round of talks, there were a series of blasts in the State in the second week of June, killing at least eight people and injuring more than 80 others. Though the ULFA has denied its involvement in the blasts, the security agencies claimed that the coordinated strikes carry the ULFA stamp all over. The blasts were widely seen as ULFA’s attempt to put pressure on the Union government before the third round of the talks. In another disturbing development, the ULFA on 8 June had issued a threat to four prominent journalists of the State to desist from what it calls “trying to create an atmosphere of confusion over the peace initiative”. However, the journalistic community in the State was quick to condemn the threats in unison.

There are high hopes from the talks this time that they would lead to a solution of the 27-year old militancy issue in the State. The people of Assam are looking up to the Prime Minister as he represents Assam in the Rajya Sabha (Upper House). The Prime Minister, Dr Manmohan Singh personally attended the first round of talks with the PCG contrary to established practice. Chief Minister Tarun Gogoi has asked the ULFA to come forward for direct talks. He added that the State government would have no objection to the declaration of a ceasefire with the ULFA and the release of its top leaders if the outfit contacted the Government directly. On its part, ULFA has retorted that it cannot name its representatives for direct talks unless its detained leaders are released. It seems both the ULFA and the State government are trying to lob the ball into the others’ court. Both sides have not given any indication about the timeframe within which the direct talks are expected to start.

The ULFA has insisted that the peace talks include the issue of sovereignty as well. The Prime Minister has indicated that the Government was open to discussing all issues, without specifying any particular issue. The recent killing of the six ULFA cadres has seen the ULFA allege that the Union government is seeking a military solution to the ULFA issue. It has also alleged that the Government’s act of issuing appeals to the ULFA through the media for direct negotiation was an insult to the outfit-appointed mediators since the PCG was yet to be disbanded. The present incidents bear a striking resemblance to the events after the second round of talks between the PCG and the Union government. Just after the second round of talks, held on 7 February this year, the Kakopathar incident in Upper Assam’s Tinsukia district had given a big jolt to the peace process. Eight protestors, including women, were killed in Army firing in Kakopathar, during protests against the killing of Ajit Mahanta, a villager, suspected to be a ULFA linkman, while in Army custody. According to the villagers, Ajit Mahanta was in no way related to the ULFA and was killed in cold blood by the Army.

Though the ULFA has suffered significant reverses in the recent past at the hands of the security forces, it can still stir violence in the State at its own beck and call. Therefore, it is imperative that the incidents in the last few days are not allowed to derail the peace process as the people of Assam are eagerly awaiting a return to peace.