Chandrayaan 2: Does Quantification of Success help? 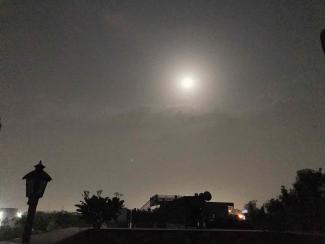 The Indian Space Research Organisation (ISRO) is today recognized as one of the pioneer space research organisations of the world. On 07 September 2019, space enthusiasts from all over the world keenly watched the landing process of ISRO’s lander Vikram on the Moon’s surface. Everyone was praying for a perfect soft-landing. It was expected that (some hours after the landing) the rover Pragyan would come out and march on the Moon’s surface for the next 14 days and gather important observations. However, the lander was not able to perform a smooth landing and the mission went amiss.

The period from 15 July 2019, the initial date of launch, till say around 21 September, the last date for possible contact with the lander Vikram, was a period of jubilation, excitement, accomplishment, disbelief, learning, hope and despair for every Indian. Electronic media had almost converted the Chandrayaan 2 mission into a reality TV show. However, over-reporting of Chandrayaan 2 actually can be said to have worked in the favour of India’s space programme. It appears to have helped introducing the science of space to almost every common Indian. Any such over-projection, if it helps popularising the science needs to be welcomed.

But, is ISRO itself moving away from the science and trying to unscientifically justify the outcome of Chandrayaan 2 mission?   Unfortunately, a recent statement from ISRO stating that this mission is a 98% success actually overshadows the spirit and professionalism with which it had conducted this mission. It was one of the most difficult missions ever undertaken by ISRO. Not only in India, but even scientists from other countries have credited ISRO for undertaking such a challenging mission and almost making it successful. Everybody knows that ISRO runs one of the best space programmes in the world but under a lot of technological and financial constraints. It had put forward a brilliant mission called Chandrayaan 2. The orbiter part of this mission is doing well and is expected to provide data for the next seven years. This mission is a unique blend of science and technology. However, we have to acknowledge that the lander-rover part of this mission failed. Unfortunately, ISRO appears to be shying away from calling failure a failure.

The post 07 September events to some extent demonstrate the psyche of reluctance to accept failures openly. During the month of April, a similar mission by Israel also failed. They moved ahead by calling it a failure. But the Indian mindset is such that we often try to justify everything unnecessarily to our advantage. As a community, it seems that many Indians are reluctant to accept failures upfront. Many Indians feel honoured if people from western countries praise their efforts. At the same time, they are not much open to any criticism. They get a ‘high’ if NASA appreciates any of ISRO’s experiments in space. But accuse the same NASA, say when they mention about India’s anti-satellite test (ASAT) creating space-debris. Many Indians criticize New York Times, Washington Post and other such newspapers for being biased when they write in favour of for instance Imran Khan or Pakistan, but when these publications praise India’s moon mission, then suddenly the same people start quoting them as if these agencies pronounce the gospel truth!

In recent times, sadly, ISRO is seen playing this game of ‘justification and quantification’ of success since the first Moon Mission (Chandrayaan 1, 2008). This mission lasted for 312 days as opposed to the intended two years. This means the mission was able to last only 43% of the period against its designed life. But, ISRO quickly claimed that the mission achieved 95% of its planned objectives!

It is a reality that the ‘heart’ of Chandrayaan 2 mission was the lander-rover system. In a sense, the orbiter was the familiar turf for ISRO, as they had done that during Chandrayaan 1 mission too. Success with lander-rover would have been a real climax of this mission. There was a significant “optics” associated with India’s rover traveling on the Moon surface and imprinting ISRO’s emblem and Ashoka charka (a portion of India’s flag) on the moon surface. Lander Vikram was to travel a distance of 384,400 km and ISRO missed it just by 2.1 km.

ISRO’s professionalism is a proven fact. Hence, there is no need for ISRO to make unscientific claims about how much percentage of success they achieved. They came very close to success. Regrettably, the mission failed. It is high time that ISRO gets out of the syndrome of unnecessarily trying to justify the success percentage of the mission, it is all relative. ISRO knowns how to get over failures, as it has done in the past. As Winston Churchill once said, “Success is not final, failure is not fatal: it is the courage to continue that counts”. Needless to say, ISRO is definitely on the most courageous path.

Author Note
Ajey Lele, Senior Fellow, IDSA, New Delhi. The views expressed in this article are those of the author's and do not necessarily reflect the official policy or position of any agency or Institutions.