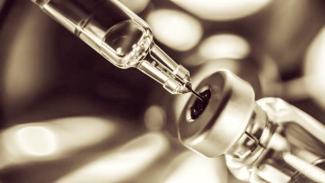 The pharma and other biotechnology agencies in the United States researching Covid-19 are under cyber espionage. As of date, the US authorities do not have any direct evidence to prove this fact but possibly based on the circumstantial evidence the US is making this claim. Besides, there are murmurs that Iran also could be involved in some form of cyber espionage. For the last few months, Chinese hackers, possibly more at the individual level, are found to be targeting some universities, pharmaceutical and other health-care businesses in the US. It appears that more than destroying or disabling any software, the purpose has been to steal that data. Necessarily, such information is associated with the research on Covid-19. Possibly, the idea is to check if the US agencies have got any breakthrough towards finding medicine and vaccine to treat the coronavirus infection.

The US agencies feel that since the beginning of January 2020, such efforts are ongoing. Is this a direct attack on the US public health system? Maybe since the US, at present, is not having any substantial evidence, hence they are no claiming so.

The attack by Iran looks to be much rudimentary. They are known to have attempted password spraying—very low-level hacking skills required for mounting such an attack. As per a few reports, Iran is known to have targeted a pharmaceutical company called Gilead Sciences Inc., which produces the antiviral drug Remdesivir. The Remdesivir is one drug which is showing a lot of promise as an antidote for coronavirus. Incidentally, during April, Israeli officials had accused Iran of using cyber means to cripple their water supplies. However, no evidence has been provided to substantiate this claim.

The case of China looks to be more serious. In regards to their activities, recently a rare joint warning has been used by the Federal Bureau of Investigation and Cybersecurity and Infrastructure Security Agency (Cisa), a division of the homeland security department. The foreign affairs ministry spokesman has refuted this claim and has said that ‘it is immoral to target China with rumours and slanders in the absence of any evidence’.

Now the issue is, ‘why the US authorities are blaming China when they do not have any direct evidence’? Is this is all about the continuation of Trump’s policy to bracket China as the main villain for Covid-19 crisis? With the number of deaths in the US expected to reach a mark of about one lakh, possibly Trump needs an anti-hero to blame on. But, it is also important to note that even states like South Korea and Vietnam have suddenly redirected their state-run hackers to focus on virus-related information. Essentially, desperation is pushing even the friends of the US to adopt strange measures.

China’s capabilities in the area of cyber espionage and that of mounting cyber-attacks is well-known. The current attacks are possibly happening at an individual level, and the attackers may not have any apparent state connect. Nonetheless, it just cannot be concluded that China is a saint. For all these years, China is known to be developing the critical support architecture for its war-fighting machinery. They are preparing for the future network-centric battlefield. Apparently; cyber, space and electronic intelligence gathering systems have emerged in a big way as a part of their overall defence architecture.

Today, it makes a sense for China to ensure that they win the race for finding a vaccine for Covid-19. It has got both social and economic benefits. Also, in some way, it could at least partially help China to remove the stigma on them that they have put the entire world in such a crisis. Now, when the world is going through such a significant crisis, actually the words like ‘beg, borrow or steal’ have not much of a meaning. Becoming the first country to develop a vaccine for Covid-19 would make lot amount of economic sense for China. Besides, there could be significant geopolitical advantages too. The state will get a reorganisation of a global technology leader if the Chinese Covid-19 vaccine hits the market first. The only question is, “how it happens, owing to the state’s technology expertise either in biotechnology or in cyber espionage”?

(Published with Author's permission. Originally appeared in the Financial Express, May 14, 2020)