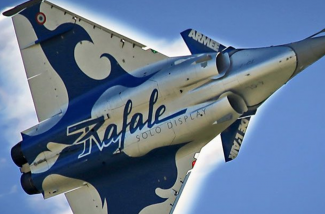 Defence deals or any commercial deals of aircraft acquisitions are mostly under the shroud of mystery globally. Hence, the so-called scandal surrounding the purchase of the Dassault Rafale should be taken with a pinch of salt. At the same time, it also needs to be kept in mind, that if such scandals have some iota of truth, then they have a capacity to become a death nail for the rulers.

One of the most famous cases during the Cold War era (1976) was Lockheed Scandal, which led to the biggest political upheaval in post-war Japan and the arrest of former Prime Minister Kakuei Tanaka. The US aircraft maker Lockheed Aircraft Corporation had earmarked over 3 billion yen in secret funds to sell planes to Japan. The payoffs, for the purpose of selling the Lockheed L-1011 TriStar passenger jets to All Nippon Airways, were made in the form of bribes distributed to high-ranking government officials.

However, it is not the purpose over here to get into the political debate in regards to the purchase of the Dassault Rafale by India. Only time would tell about the sanctity of this much debated deal. So, this piece does not make an argument whether the purchase of Rafale has been done at the correct price or not. But it raises few basic issues about certain claims and counterclaims made not only at this point in time, but also in the recent past. It is necessary to understand the context of some of the strategic arguments presented about the Rafale purchase.

There is a perception that Indian Air Force is not much keen to totally depend on the ‘made in India Tejas aircraft’ and is keen import fighter aircraft. It is also argued that the approach of Indian Air Force (also that of Army and Navy) is restricting the growth of India’s defence sector. However, the larger question is, are defence forces responsible for ensuring that the defence industry flourishes or to ensure the security of the country? The forces are the end-users of any equipment. It is their life and reputation, which is at stake. Armed forces decide on the type and quality of flying platforms or tanks based, not on what is best available in the global market but based on their own threat perceptions. They study their adversaries in detail from their doctrines, their warfighting capabilities, the military equipment held by them, nature of international assistance and possibilities of other militaries coming to their help during crises, the type of training they undergo, and their overall military-industrial complex. Based on this assessment they decide what recrafts, tank or submarines they should have. So, the requirement of IAF is not any particular aircraft and that too produced by a particular company (Indian or foreign). They require an aircraft with certain specific capabilities and having specific avionics onboard. These parameters are strictly decided based on the type of threat they are expected to neutralise. Broadly, Rafale has all capabilities, which they are looking for, hence the choice. Fixing price and doing negotiation is not the job of the air force.

Price of an aircraft could give some basic idea about various capabilities of the aircraft. However, no intelligence agency totally depends on price as ‘the parameter’ to decipher the capabilities of any aircraft. Rafale has no magic wand fitted inside. Knowledge about the capabilities of this aircraft, the nature of weapon systems it can handle and onboard sensor and communication systems is openly available. This aircraft is being flown by various air forces across the globe including French, US, Egypt, and Qatar. This aircraft has been participating in various air shows since 2006. All basic information about various categories of this aircraft is openly available on the Internet. Particularly, in the 21st century where there is an information overload, it would be really naïve to think that China and Pakistan are dying to know the cost factor just to make their judgment about the strengths of the purchase of the aircraft by India! Normally, the manufacturer of such platforms refuses to divulge the cost owing to business reasons. They do not want other potential candidates who have interests in purchasing the same platform to know the price offered to you. Actually, it depends on various countries how much they could bargain during the process of purchase. Hence, the manufactures would always try their best to hide the cost about various deals it undertakes and could put pressure on the clients who have already purchased their platform for not divulging the cost. However, there should be absolutely no compulsion on the user to hide the cost.

Another argument is being given that, discussing Rafale would have an adverse impact on India’s strategic preparedness. The Bofors scandal was a major political scandal that occurred between India and Sweden during the 1980s and 1990s. So much discussion on this issue has taken place for years. The final jury is yet to be out on this subject, even today. But, actually ground reality is that the army wanted an effective gun and Bofors has stood the test of time. Even today, this gun is in use and the users are very happy with its performance. So, the impact of the scandal on operations was hardly seen.  At this point, what is important, is to ensure the proper and timely induction of Rafale jets in the Indian air force. In today’s world, the meaning of secrecy has different shades. At times, ‘showing off’ what you have is also important and helps. For example, a fourth-generation, air superiority fighter with fly-by-wire systems and tremendous lethal capability, actually have a great deterrence value. The simplest mantra for any political system to succeed in a democratic setup is to, “be transparent”. Providing details about the Rafale deal is unlikely to harm or compromise India’s defence preparedness in any manner.