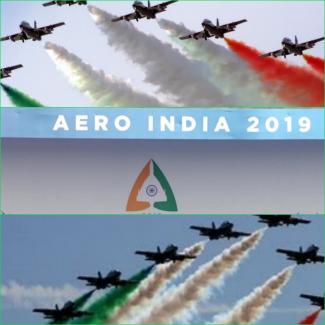 Indian aerospace industrial capabilities have thus far been dominated by a giant conglomerate – Hindustan Aeronautics Limited (HAL) – that have evolved through decades.  HAL’s predecessor Walchand Hirachand Industries Limited was a privately owned aircraft manufacturing entity engaged primarily in repair and overhauling of British and Allied air assets, before being taken over by the government in the 1940s. HAL’s industrial capacities evolved in time along with R&D and related industrial participatory arrangements with DRDO and consequently Bharat Electronics Limited, which continue till today. In addition, a robust model of private vendor development, involving more than 1,500 small and medium private enterprises as Tier II and Tier III suppliers, ensured HAL’s industrial gaps as well as demanding delivery challenges. HAL’s manufacturing capacities have primarily augmented through license production projects, while since the late 1980s, it has been engaged in a select few indigenously developed projects like Light Combat Aircraft (Tejas), Light Combat Helicopters, etc.

HAL and its capacities have, however, been questioned of late by almost all stakeholders, including the state. Basic as well as related questions were raised on a single project – Rafale – in which not only the supplier Dassault Aviation raised concerns about HAL’s capabilities to license produce such a frontline fighter, but also by the Indian state itself, whose political masters, including the Defence Minister, echoed the same apprehension. The issue became politicized when opposition leaders, led by Rahul Gandhi, lambasted the government and defended HAL. Serving, retired Air Force officials, sections of the media jumped into the ‘Hell HAL’ bandwagon, which clearly outnumbered a numerically inferior ‘Hail HAL’ troop, led by a few former HAL executives. While Rafale is still a political issue, thanks due to coming national elections, HAL appears to have changed its defensive strategy into an aggressive one – it has achieved the declared milestone of producing 16 fighters a year, received a pat from the Chief of Air Force on Tejas, participated in an international airshow in Malaysia, among others.

Rafale controversy may have led to an unpleasant political slugfest, however, it brought on the table the same set of issues that still elude us: a) military aerospace industrial capacity development; b) collaboration between design and development and manufacturing; c) collaboration between state-owned and private entity; d) seamless stakeholders’ participation; and e) last but not the least, a clear direction from the state.

All the above issues, along with their attendant sub-sets can be sourced from four strands – a) policies related to military aspects of aerospace industries; b) structural and institutional mechanisms; c) scientific and industrial eco-systems; and c) test-case indicators like Aero India.

First, military, civilian and dual-use aerospace technologies and their evolutionary / development trajectories depend on how a state devises its policy framework with a set of defined strategic objectives. Embedded in larger military-industrial capacity framework, Indian military and dual-use aerospace technology policy model denotes three key pillars – self-reliance in aerospace technology and industrial capacities; maximization of realizing potential through an inclusive-collaborative model; and c) consistency in the location of the state as the prime driver of capacity development.

The term ‘self-reliance’ has been interpreted in different ways by different experts, thus leading to much confusion in the minds of people. Simply interpreted, ‘self-reliance is an idea/objective, reflected through a reasonable degree of meeting demands of the customers through a fairly established indigenous scientific-industrial eco-system within a state’. India’s location in global affairs as a formidable player is no secret, from global strategic prisms. Not-so-friendly neighborhood, expanded maritime and military strategic necessities beyond South Asia necessitate India to enhance its military power across domains, in which military aerospace prowess figures at the apex. This, in turn, propels the state to possess a well organized ‘military-scientific-industrial’ capacity. Unfortunately, India is found deficient in all these requisites.

Consider these: a) air assets of different types and configurations are required by all services, with requirements for the Air Force being the largest; b) mismatched ground reality between planned and projected asset strengths and actual assets at hand; c) inadequate scientific-industrial infrastructure; and d) last but not the least, distinctly different approaches adopted by state-owned and private-led efforts. Indian military aerospace market is worth USD 300 billion for the next 15 years in the most conservative estimate. This estimate is based only on future purchases of close to fifteen squadrons of fighters (in order to reach a desirable strength of 40 plus fighter squadrons), eight to nine squadron strength of related air assets like trainers, reconnaissance, transport, etc. Similar replenishments would be in the helicopter assets, from transport to heavy lift and combat copters. If new age unmanned air assets like UAVs, UCAVs are taken into consideration, the Indian military aerospace market could cross USD 400 billion in the near future. Supply-side through indigenous routes is simply impossible. This calls for a comprehensive review, followed by soul searching by the state and its stakeholders. Such is the gap between demand and supply that existing policies and preferences toward meeting demands through collaborative supply arrangements are simply not working. Absence of alternate or competitive private players, although a few (Tatas, Mahindras, Reliance, Adani and a few others) entities are trying their luck through ‘Strategic Partnership’ model, which will take time to fructify. It is also seen that state-owned HAL and private entities are moving in different directions, adding much confusion to meeting larger objectives.

Second, structural and institutional mechanisms within the Indian military aerospace scientific and industrial eco-system are confronted with multi-layered and often overlapping problems. Consider these: a) despite a fairly wide inter-disciplinary or inter-departmental administrative networks, the military-industrial sector is still grappled with ‘silo’ syndrome, each department or entity operating within its own confines and protecting its interests, which often results in turf battles at different stages; b) when ‘silo’ syndrome is attempted to be broken by changes in policies, it invariably leads to over-lapping responsibilities in executing projects, and in the process ending in ‘blame game’ and non-accountability. While examples like indigenous LCA projects get sandwiched between ADA, HAL and the Air Force (each pulls its weights around with the weakest HAL getting sandwiched between the powerful scientific entity and the customer’s tough quality benchmarks), blame game increases in the execution of large capital purchases, which face time delays or procedural bottlenecks. A simple case in point is the existence of nearly half a dozen multi-disciplinary vetting and oversight committees in the defence procurement procedure. Most of multi-billion dollar capital projects get stuck in these procedural steps and aerospace projects are particularly vulnerable to such delays.

Third, Indian aerospace scientific and industrial eco-system is at an initial stage of evolution, despite decades of efforts geared toward energizing this sector. Especially since the Indian defence industrial sector was opened up for private participation in the early years of 21st century, India appears to be struggling with meeting structural flaws. Three such flaws warrant attention here: a) divorced institutional arrangements between design and development entities and production agencies (ADA operates independently of HAL, although claimed otherwise), with no effort made to merge both under one entity (Lockheed and Boeing have their own R&D entities, apart from DARPA providing them independent projects, while HAL does not have the same model, where it has to depend on ADA for supply of structural designs and related scientific drawings); b) industrial entities have been structurally distinct from each other and thus differently treated by the state (DPSUs and OFB are state-owned and thus receive preferential treatment, although there have been efforts by the state to encourage private sector for a healthy level playing field), leading to much disappointment in the private sector; c) within the private sector, the big guys strive to get pie of the lucrative defence contracts cake, while small and medium enterprises remain dependent on big players – government-owned or private, leading to perpetuation of a chain system that discourages independent innovation.

Last but not the least, events like Aero India, a biennial aerospace exhibition held in Bengaluru since 1996, serve as an important platform for three test-case pointers (among others): a) display of military products by foreign and Indian companies with an eye on prospective customers like India, but not confined to domestic market alone; b) display of industrial and manufacturing prowess by small and big companies alike with an eye on industrial collaborations, apart from individual excellence; and c) intellectual narrative building in the fields of scientific and military-industrial sectors through high level seminars and symposiums.

A comprehensive assessment of Aero India, from its inception in 1996 till the latest 12th edition, held in Bengaluru in February 2019 suggests the following: a) the event has evolved with time, but the test-case indicators outlined above are yet to get into the next level of maturity, except for intellectual exercises and exchange of scientific notes; b) product display and overt marketing of systems dominate the event, suggesting that manufacturers see more sense in systems directed toward current or future tenders than next-generation ones (US does not demonstrate either F-22 Raptor or F-35 Lightning; even Russia does not demonstrate its latest product, leaving the Aero India witnessing only those systems, which are currently in service like Su-30 or future acquisitions like Rafale or competing systems like F-16 / FA-18 / Gripen / Eurofighter); c) numerically superior small and medium sized participants get deficient attention, although interests shown from both customers as well as big companies in such events; and d) dozens of memoranda of understandings (MoUs) are signed between foreign and Indian companies on the eve or during such events, but very few of them actually become realities.

Indian military aerospace sector needs periodic reviews of its current and future directions, engage in result-oriented course corrections, identify prospects, while must not lose sight of emerging technologies, rather embrace them into the larger landscape. Else, it is likely to muddle through, not excel, to say the least.

An earlier version of the article was published by "Raksha Anirveda". Republished with permission here.

Author Note
The author is Vice President at the Society for the Study of Peace and Conflict, New Delhi. He can be reached at deba205@gmail.com