Refugee, Conflict and Mental Health in Afghanistan under Taliban Rule 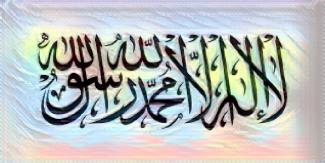 The stirs of a hostile Taliban takeover began in the early months of 2021. In early May 2021, the Taliban and allied groups began to take an offensive coinciding with the US troops departure a few days before, after 20 years. From  July 06 to  August 15 (2021), the Taliban went from controlling 90 districts to 345 districts. On August 14, they finally reached the gates of Kabul. “President Ashraf Ghani flees as the country falls to Taliban” were the news headlines worldwide on that fateful day. Taliban’s supreme leader Hibatullah Akhundzada took over as the new President of Afghanistan (Islamic Emirate). As Indians celebrated 75th Independence Day, the Afghans said farewell to freedom.

For the people of other countries, it was a terror for a mere few days, as the Taliban had given their word that they would not take the city by force, those who wanted to leave would be allowed to do so peacefully, or so they said. Foreign missions were scrambling to get their diplomats, staff from consulates, and citizens out of the country. Those who didn’t have anywhere else to go, for those whose home was Afghanistan, but had become a place that could no longer be called home, fled to Kabul’s Hamid Karzai International Airport. Horrifying developments took place at the Airport as hasty and uncoordinated evacuations took place by various countries. The Afghan locals who the Taliban would target for past work or associations with coalition forces or with the former Government feared for their lives.

Deepening of the Refugee Crisis Under Taliban Rule

Before the Taliban takeover, there were already 2.2 million Afghan refugees within neighbouring countries. Currently, around 3.5 million Afghans are displaced inside Afghanistan. The Afghanistan refugee crisis was one of the largest and most prolonged refugee situations globally before the recent Taliban takeover. Afghans are the third-largest displaced refugees globally, and most of them flee to neighbouring countries like Pakistan and Iran. The US government evacuated many Afghans, and more are still taking place. The majority of the crisis is due to the consistent violence, turmoil and uncertainty in Afghanistan. According to Filippo Grandi, UN High Commissioner for Refugees, the third generation of Afghan children was born in exile. The violence and turmoil are due to the Taliban enforcing Sharia law in Afghanistan. The Taliban remain adamant and strict in enforcing Sharia, including public executions of convicted adulterers or murderers. These Islamic lawsalso include how women should behave and to what limit they can have their freedom regarding education, marriage, and daily social and religious activities.

A study was conducted in the Nangarhar province of Afghanistan in January- March 2003, with 1011 participants who were 15 years or older. Results showed that 43.7% experienced between 8 to 10 traumatic events in their lives, depressive symptoms in 38.5%, anxiety in 51.8% and PTSD in 20.4%. [1] These kinds of living conditions and war-torn areas lead people to leave their hometown or country in the first place. Refugees are people who have left their homes due to conflict, war, violence, and fear. They have already come from a disruptive past and are moving towards an uncertain future. Research and studies have shown that the risk for mental illnesses such as anxiety, depression, PTSD, and the prevalence of suicide is for refugees than for the host population. In a study conducted in Launceston (Tasmania), Australia, in 2020, with a sample of 66 Afghan refugees, it was seen that 48.8% fit the criteria for a PTSD diagnosis.[2] A similar study was conducted in Canada last year (2020) with 45 Afghan refugees, which indicated that 53% showed the symptoms of PTSD.[3] The variables included in these studies for the probable causes of PTSD were uncertainty, coping with their situation, unemployment and cultural differences. Refugees can face many possible problems, which can be broadly categorized into three areas: causes (e.g. war, rights abuse, and persecution), resultant losses (e.g. country, culture, family, profession) and the issues faced in the country of asylum (e.g. hardship, racism, uncertainty).[4]

Iran and Pakistan have the highest number of refugees from Afghanistan. In 2005,  a similar study was conducted in the Dalakee refugee camp in Bushehr Province, Iran, among 321 people with a minimum age of 15 years. The results indicated the prevalence of social dysfunction (80.1%), psychosomatic problems (48.9%), anxiety (39.3%) and depression (22.1%). The total prevalence of mental health disorders in this camp was 88.5%. The study further concluded that “Mental health problems related to immigration and living in camps are common among Afghan refugees”.[5]

All of the studies conducted above and many more similar ones recently or in the past all hold up the same conclusion, which indicates that mental disorders such as anxiety, depression, and PTSD are the most common among Afghan refugees and many times, they have gone unnoticed and have not been appropriately addressed or given timely treatment. According to a WHO report, migrants and refugees could contribute positively to society as long as they are allowed to reach their full potential. That can only be achieved when they are in good physical and mental health. They further gave suggestions on how to help the refugees with their mental health needs by including inclusive promotion and prevention programs and ensuring timely diagnosis, treatment and rehabilitation.

Many organizations, such as the Lutheran Social Services in the US and the help of the UN refugee agency organizations based in Delhi, have been set up to help the Afghan refugees. These organizations, while doing great work in helping with the basic necessities of the refugees, something that is getting side-tracked is the issue of mental health. Mental health should be put up along with necessities as a part of the rehabilitation of refugees for their complete wellbeing.